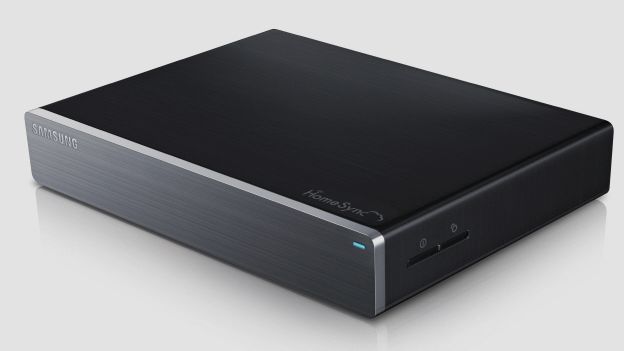 Samsung has launched a new home media streamer running Android Jelly Bean. It's got full access to the Google Play store and plenty of local storage. Look out Apple TV

Samsung is looking to take the fight to Apple in yet another arena with its new Android-powered HomeSync set-top box.

Announced prior to Mobile World Congress in Barcelona, the HomeSync media streamer will alert the same sector of the market targeted by the Apple TV hockey-puck device.

The Android Jelly Bean system is not a Google TV-branded device, neither does it bring Samsung's Smart TV interface into play. However it does offer full access to the Google Play store.

That'll bring access to a host of video on demand options, apps, games, music streaming services and much more. It can also be controlled by an Android smartphone or tablet.

The HomeSync box also has another advantage over Apple's locked-down, streaming-only device. As well as a much greater range of applications, it also brings 1TB of local storage.

Up to 8 accounts can be set up for private or shared storage, meaning a host of media can be transferred to the device for instant playback without streaming from the cloud.

The device will be released in the United States in April before a global roll out shortly thereafter. UK pricing and availability has yet to be confirmed.