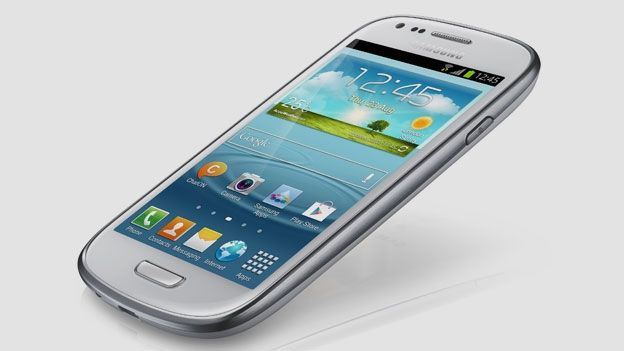 Samsung's Galaxy S3 Mini, a 4-inch version of its flagship handset, is to be price at about £300, according to mobile phones site Clover

The Carphone Warehouse and mobile phones site Clover are among the first manufacturers to announce details of pricing and pre-orders of the Galaxy S3 Mini, which Samsung launched in Germany yesterday.

Clover has listed it at £298.80, while highstreet retailer Carphone Warehouse is offering the device for pre-order, although they haven't allocated a price-point just yet.

The phone largely shares the same features as the S3, such as Android 4.1 Jelly Bean, S Voice, Smart Stay, S Beam. Specs-wise it has a Dual Core 1GHz chipset, 5MP AF + LED Flash camera, 8Gb of memory (boostable up to 32GB with a MicroSD card), and a 4.0-inch WVGA Super AMOLED screen.

Simon Stanford, vice president, telecommunications and Networks Division, Samsung UK and Ireland, said: “The award winning Galaxy S3 has been extremely well received globally since it launched earlier this year so we are thrilled to be able to offer our customers the same revolutionary design, intuitive usability and intelligence in a mini version.

"We will continue to develop smartphones to cater for a variety of customer needs and this latest release demonstrates our ongoing commitment to offering our customers more choice at every price point.”