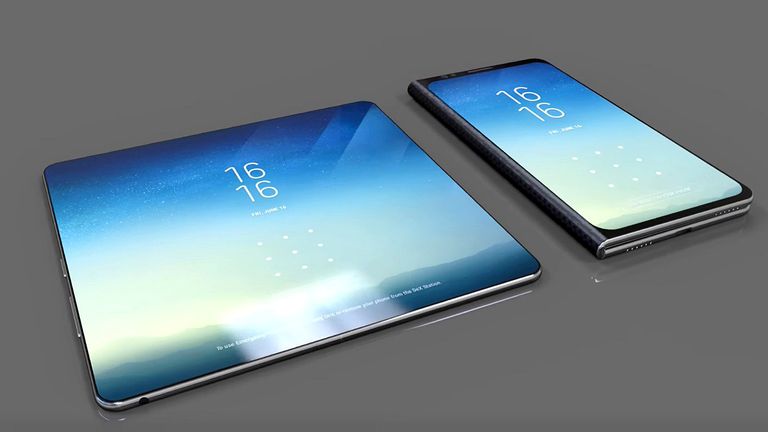 Samsung is gearing up to unveil its hotly-anticipated Galaxy X folding smartphone on-stage during its annual developer conference, which starts November 7, 2018. The company purportedly plans to showcase the software that will power the folding handset, although the official announcement likely won't arrive until January 2019.

Galaxy X production is seemingly already in full-swing, with plans to produce between 500,000 and 1 million handsets in the first year. But while that might sound like a lot of phones, in the grand scheme of things – it really isn't.

As such, getting your hands on the next-generation flagship phone might be tough. Like Glastonbury ticket tough.

"Possibly when we start selling the foldable phone, it may be a niche market, but definitely, it will expand," Samsung mobile boss DJ Koh told Cnet in an interview earlier this year. "I'm positive that we do need a foldable phone."

If the latest whispers are accurate, Galaxy X will probably sell-out fast. For comparison, the Galaxy S9 has sold the fewest number of any S series flagship smartphone since the Galaxy S3 in 2012 and even that shifted more than 31 million units in its first three months in shops worldwide.

If Samsung is going to offer its next-generation folding Galaxy X in markets worldwide, then the ability of tech enthusiasts being able to easily pick one up may have all-but diminished.

First-adopter smartphone enthusiasts who've been waiting years for the game-changing new Samsung folding phone now could face the prospect of the Galaxy X rug being pulled from under their feet at the last moment.

This could also see resale scalpers exploiting the situation, flogging the much-wanted handset at horribly inflated prices on auction sites within seconds of its launch.

Unfortunately, it therefore looks like if you really want the folding phone that EVERYONE is talking about, you're going to have to be very, very fast in pre-ordering the device when it goes up for sale, which is now looking like it will be early 2019.

Of course, there are plenty of other folding phones currently in the works, with rival devices from Huawei, Motorola and more expected next year, and the Royole FlexPai already on shelves in some markets.

However, by all reports, the Samsung foldable handset phone is the most advanced by some margin. And with its ability to function as both a smartphone and a fully-fledged tablet, we daresay the Galaxy X could be the money-saving, futuristic, portable computing game-changer we've been waiting for.

You'll just have to be a quick-draw checkout ninja to land one.