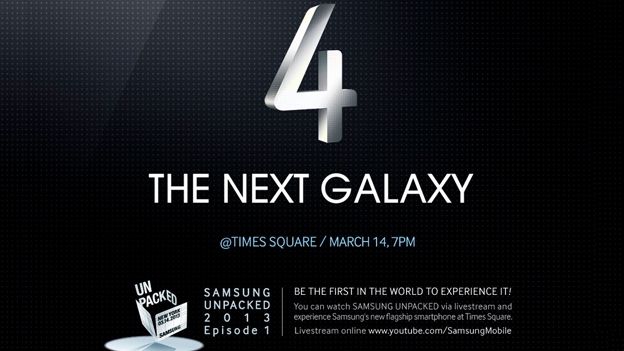 Is Samsung's deal to preload Visa's PayWave app on new smartphones the key to mass adoption of mobile payments? Three mobile experts tell T3 not to expect an overnight revolution

When Samsung and Visa announced a partnership to build the NFC-aided payWave app in to all future smartphones, and with the Samsung Galaxy S4 on the way next week, many observers predicted big things for the future of mobile payments.

After all, the Galaxy S4 is likely to be the best selling Android handset of 2013 and with Visa making a big push towards contactless payments, surely this would be the breakthrough needed to make the much-vaunted mobile wallet era a reality?

However, Ovum researcher Eden Zoller thinks that despite putting the tech into the hands of million of users, the desire to use it isn't quite there yet.

She told T3 in an email: “Ovum's consumer survey showed that usage of mobile payments is still very low for most people and this clearly needs to be change if mobile payments are to become mainstream.

“But having NFC devices on the market is one thing but making consumers aware of the functionality on their device and how they can use it is another.

“Visa likes to point out that mobile NFC payments are a logical next step from contactless cards, and given size of the UK contactless market for Visa we would expect it to put effort behind promoting the payWave Samsung combination.”

Clement Teo, an analyst with Forrester agreed. He said the Visa payWave app is only one variable in the multi-faceted drive towards the much vaunted digital wallet era with PayPal, Google, Amazon, Mastercard and Apple all having a major say.

He told T3: “The popularity of Samsung handsets is but one factor for mobile payments, but it also depends on the type of payments.

“To put this in context, Paypal does a great job with their e-commerce model, and they have extended this into the mobile space - e.g. Paypal Here. Amazon, Apple and even Google are contenders in mobilizing the digital wallet, and Google has launched one, although in a limited fashion. All they need is an app and real estate space on a mobile device.”

James Hilton, Global CEO of M&C Saatchi Mobile also chimed in. He says both Visa and Samsung need to work harder to bring sell a skeptical public on the benefits of mobile payments.

He told T3: “The global deal between Samsung and Visa will make it much easier for consumers and financial organizations to link their new handsets to their bank accounts, and this ought to give NFC the vital injection it needs to push it further into the consciousness of consumers. But to really make it work both companies will have to commit to a sizeable marketing push to educate consumers on the benefits of NFC payments, while also clearly addressing their security concerns around fraud and phone theft.”

Will you be looking to use Visa payWave on future Samsung Galaxy devices like the S4? Let us know in the comments section below.