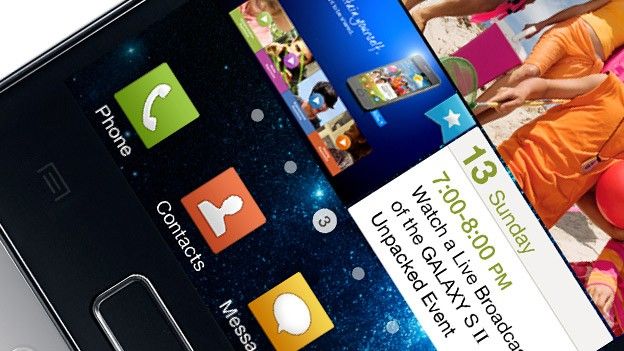 Not one to be outdone by the competition, UK network provider O2 has followed on from rival Vodafone announcing that it will also stock what is expected to be unveiled as the eagerly awaited Samsung Galaxy S3.

Currently running under the moniker of the 'next Galaxy', O2 took to social media site Twitter just hours after Vodafone confirmed its intentions to host the Samsung Galaxy S2 follow-on, tweeting that those looking to snap up Samsung's next flagship handset will be able to do so through O2 stores.

“Excited about the next Samsung Galaxy? So are we – that's why it'll be coming to O2!” the company's official Twitter feed read.

Earlier this week, amid a flurry of Samsung Galaxy S3 rumours and claimed sightings, Vodafone UK launched a 'next Galaxy' interest page on its site stating simply “Your next Galaxy coming to Vodafone.”

Allowing eager consumers to register their interest in the upcoming handset Vodafone's and more recently O2's stocking confirmations come just days after a number of reports suggested Samsung had brought a Galaxy S3 handset to the UK in order to demonstrate to retailers and network providers the true potential of the heavily rumoured handset.

Further marking the Samsung Galaxy S3 out as the leader of the smartphone market, the latest reports have suggested the handset will boast a 4.8-inch display with a stunning Full HD 1080p resolution and a film friendly 16:9 aspect ratio.

Elsewhere am unnamed Korean source has suggested the handset will boast a wireless conductive charging option. Although the reports have failed to indicate whether or not the required, and potentially costly, charging base station would come packaged with the handset, it is claimed the upcoming flagship Android handset will be able to restore its power reserves at a distance of 1-2 metres from the charging base.

Originally widely expected to be the showpiece of MWC 2012, just before the Barcelona based show Samsung confirmed that it would hold off the Samsung Galaxy S3 release until later in the year.

“The successor to the GALAXY S II smartphone will be unveiled at a separate Samsung-hosted event in the first half of the year, closer to commercial availability of the product,” an official spokesperson for the Korean tech giant announced.

Since Samsung's disappointing revelation, the Galaxy S3 launch has become a thing of much speculation with the tech giant earlier this week issuing official event invites to the launch of a “new Galaxy” event for May 3rd, an event widely expected to see the S3 enter the realms of reality.

What would you like to see Samsung incorporate within its Samsung Galaxy S3 device? Is quad-core the only way to go? Let us know what you think via the T3 Twitter and Facebook feeds.