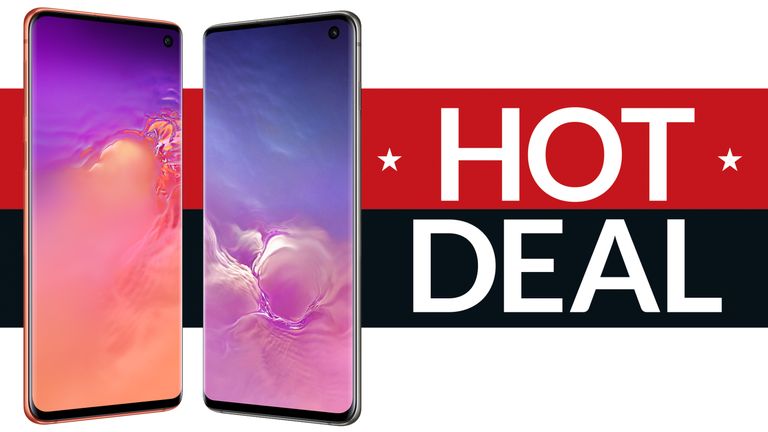 If you've been eyeing up the Samsung Galaxy S10 for a little while, but have yet to take the plunge on the new flagship, we've got some amazing news – it's now the perfect time to land a stellar deal on the phone.

The Galaxy S10, which first launched in early March in the UK and Europe, is now available with 30GB of 4G data each month for the same price as 15GB. That should me more than enough data to ensure you're always able to stream the latest podcast episodes, listen to albums on Spotify or Apple Music, and watch YouTube or Netflix videos on the train in the morning. It also comes with unlimited text messages and unlimited calls, too.

The latest deal comes courtesy of Carphone Warehouse, although the 24-month contract itself is handled by Vodafone. As such, you'll get all the usual benefits of the network, including the ability to take your 4G mobile data, calls and text allowance with you to more than 152 destinations worldwide at no extra cost.

The contract comes in at £38 a month with a one-off £29.99 upfront cost. That makes for a total of £941.99 over the course of two years. Given the SIM-free handset itself – before you even begin to think about text messages, calls, and 30GB of mobile data – costs £799, that's a stellar deal.

Best of all? Carphone Warehouse has stock of all of the available colours, including Prism White, Prism Black, and Prism Green.

Samsung Galaxy S10 | 128GB model | Vodafone | Unlimited texts, unlimited calls | 30GB of 4G mobile data | £38 a month
This is a stunning new deal from Carphone Warehouse. In fact, it's so good, they've made it online only, so don't try to wangle this kind of bumper 4G data allowance and monthly price in-store. Since the 24-month contract is handled by Vodafone, you'll get all the usual benefits and perks you'd expect, including the ability to take your calls, texts and 4G data allowance to 152 destinations worldwide without racking up any extra costs.
Total cost over the two years: £941.99View Deal

If you'd rather not be on the Vodafone network, or would prefer even more than 30GB of 4G data each month, then why not check out the interactive chart below to see what other Galaxy S10 deals are available at the moment.