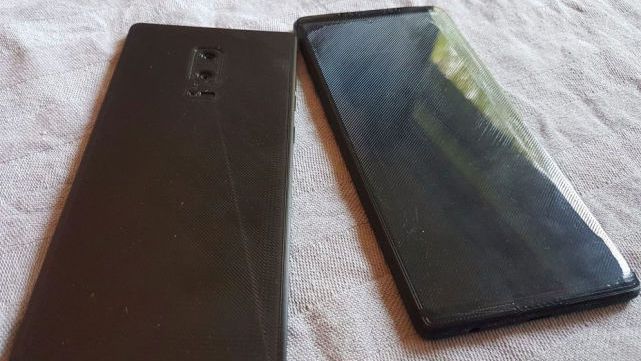 The new Samsung Galaxy Note 8 has a lot to overcome this year after the exploding Galaxy Note 7. But a new leak shows off what appears to be a handset packing next-level specs showing Samsung is going all in on the Galaxy Note 8.

The image, leaked on China’s Weibo, shows a dummy model that purports to be the Galaxy Note 8.

This dummy appears to feature dual cameras on the rear arranged in an up and under layout with the LED flash at the bottom.

Flip the unit over and the front features the same Infinity Display as the current Galaxy S8. That means an edge to edge screen with a very slim bezel at the top for a selfie snapper and sensors.

What you might notice a lack of is a fingerprint reader. This could be because Samsung has mastered the in-screen reader rumoured for sometime and expected on the iPhone 8, due out at a similar time. It could also simply be that this model doesn’t have that yet since it’s an early phase dummy.

Other expected specs for the Samsung Galaxy Note 8 include a 6.3-inch Super AMOLED QHD display, 12-megapixel and 13-megapixel rear-facing cameras with 3x optical zoom, a slightly larger battery and, of course, the S Pen.

Samsung is expected to unveil the Galaxy Note 8 at an event around August time.