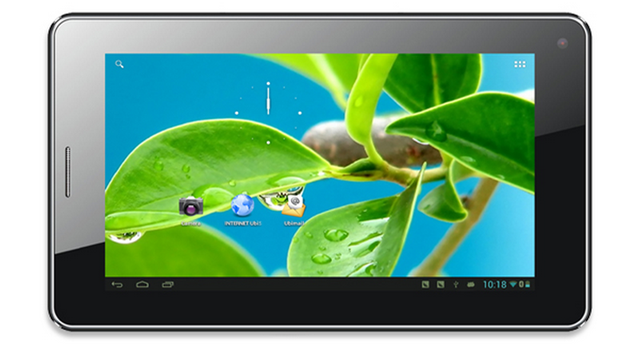 A tablet priced at less than £30 has been launched in the UK.

The UbiSlate is a seven-inch Android-based tablet that was originally launched in India earlier this year.

At £30, the company has laid down the gauntlet to rival budget tablet makers, including Tesco, Amazon and Argos.

Unsurprisingly, the entry model tablet is decidedly low spec. The 7Ci features a seven-inch TFT capacitive display, a 1GHz Cortex A8 processor, 512MB of RAM and 4GB of flash storage. It also comes with a forward-facing VGA camera.

Both of the cellular-enabled models come with “one year of basic browsing free of charge”.

The company believes that despite the low specs, there is a market for the tablet.

"With recent figures showing that in the UK, 29 per cent of the poorest households have no computer and 36 per cent no internet, we're working to bring affordable technology to the many hundreds of thousands of households excluded from benefiting from the digital revolution”, said Suneet Singh Tuli, chief executive at UbiSlate.

The company has established itself as the market leader in India. According to its own figures, it was shipping 10,000 tablets daily during the three months between January and March this year.

“The development of the tablet stemmed from the realisation that lack of internet adoption in many parts of the world was primarily because of lack of affordability," added Tuli.

“Our aim is to bridge the gap by offering cost-effective, high-specification devices and internet-access that offer excellent value to all.”

The tablets are on sale via Datawind's own website. It is unclear if it will be sold through any UK retailers.