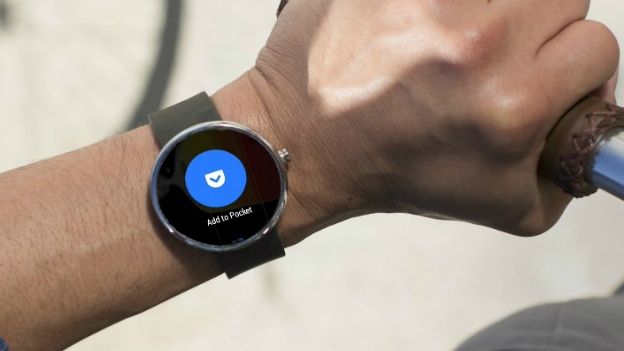 Pocket has shown a sneak peak of its article-sharing service that's set to be among the first batch of third-party apps for Android Wear.

Pocket essentially allows Android Wearable users to save pages to read at a later date on a bigger screen.

To save pages users simply swipe to the left and then tap the “save to Pocket” button.

Then the page can be viewed at leisure via a smartphone, tablet or computer.

Pocket would make it easier to read the article at a more convenient time, like during a public transit commute.

Whilst Android Wear is still yet to launch, Pocket will be among the first batch of third-party apps supporting Google's wearables platform.

The SDK is intended for app developers who wish to add the “read it later” action to their app's Android Wear notification.

However, Pocket cautions that, with Android Wear's SDK still in a pre-release Developer Preview version, their own SDK should be considered a work-in-progress.

Developers looking to take advantage of Pocket's new SDK can grab it on Github.