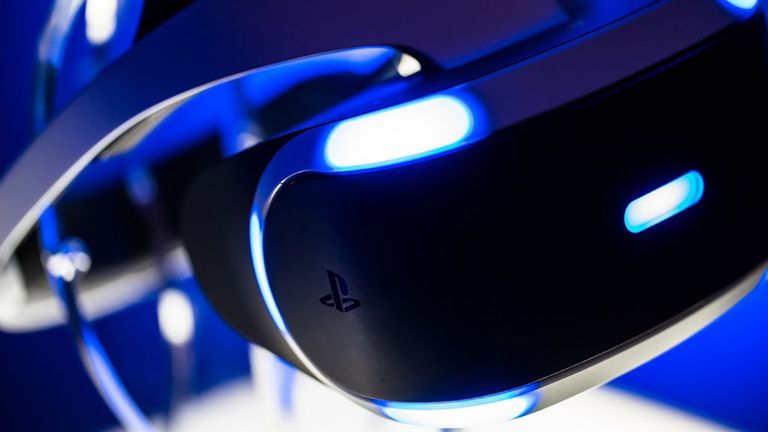 Last night, Sony held its biggest PlayStation press conference since E3. As well as the usual updates on existing games, we saw brand new IP and some tantalising glimpses of our imminent virtual reality future.

Sony and PlayStation was a no-show, in terms of a big press conference, at Gamescom this year, the biggest games show in Europe. Sony claimed that, because of a later E3 show and an earlier Gamescom, it felt it wouldn't have enough new goodies to share and that the PlayStation gang would benefit from a “major news milestone later in the year, during the most important period for gaming.”

That major news milestone happened in France's capital yesterday, at the Paris Games Week. So what have we learned and what's going to make 2016 the year of PlayStation?

With PlayStation VR turning up early next year Sony must be ready to dish the dirt on how much it's going to cost and when exactly we're going to be able to strap the first real mainstream VR device onto our faces. Right?

Sadly no. We're still no wiser as to how much it's going to cost and all we've got to go on is that same vague Q1 release date.

But Sony has given more of a hint as to what we can expect when it does finally drop, and has announced that over 200 developers are working on VR content for its headset right now.

And that's not just about the games either as there will be 'VR experiences' being created too. With Sony Pictures Entertainment riding the VR hype train too there could be some interesting non-gaming fun going down too.

But what of those games…

If PlayStation VR is going to work it needs to get the content right, hence the hundreds of devs already hard at work. But rather than just porting the next CoD to PSVR the games need to fit the new platform and that's where two of yesterday's announcements make utter sense.

And where one of them seems utterly baffling…

The big news for VR is that the next Gran Turismo - Gran Turismo Sport - will be totally compatible with the new PlayStation VR headset.

A beta for the new racer will be out early next year - surely at the same time PSVR actually goes on sale. Gran Turismo Sport, with its fixed cockpit positioning, will be absolutely perfect for VR.

Stick a steering wheel and pedal combo into the mix and you could have one of the most immersive racing experiences you'll ever get on your PS4.

Similarly perfect for VR is the announcement of Until Dawn: Rush of Blood. The slasher movie inspired game is getting a PSVR-focused episode, bringing a touch of immersive horror to the VR experience.

The Rush of Blood name, and the talk of shooters in the announcement video, do make us think it might not have quite the same sort of pacing as the original Until Dawn game. But if it can bring the horror to the immersion of PSVR we could be in for pant-soiling treat.

The oddity though is that Sony's Head of PlayStation, Jim Ryan, also announced that Tekken 7 is coming to VR too.

Quite how the 3D beat 'em up is going to work on the PlayStation VR we don't know. Will it be first-person using the Move controllers, or will we simply be a member of the audience, though one that's controlling the fighty action happening in front of us?

We must be dreaming…

As predicted, Quantic Dream's new IP was announced yesterday and Detroit: Become Human got a debut trailer last night too.

Featuring android Kara, who first appeared in a Quantic Dream tech demo a few years back, the latest game from the developers who brought us Heavy Rain and Beyond: Two Souls will feature her moving from the factory and out into the real world.

Expect lots of 'what is it to be human?' kind of moralising. And some gorgeous locations. And rain.

There were rumours the epic psychedelic space exploration game, No Man's Sky, would be a surprise release this side of Christmas. That though was scotched the other day by the main dev, Sean Murray.

We do though now have a final release date...well, release month anyways.

No Man's Sky will be released in June 2016, and we've also got a lovely new trailer to keep us excited about this vast explore-a-thon.

As Nathan Drake's next adventure draws closer we last night got our first taste of its multiplayer action.

It's looking like a bit of a different beast to the standard Uncharted multiplayer action we've seen. In addition to the classic run 'n' gun gameplay Naughty Dog is also adding in two new elements - mystical power-ups through special artifacts and sidekicks.

The power-ups are inspired by previous Uncharted adventures and gives the player special powers, while the sidekicks will fight alongside you and provide tactical support too.

There will be a beta for the multiplayer portion of the game at the start of November.

And speaking of multiplayer, Sony also announced this week the start of its own eSports league, the PlayStation Plus League.

It's a competitive eSports service for the PS4, hosting tournaments for games like Battlefield: Hardline, PES 2016, Trials Fusion and Rocket League.

There will be actual cash prizes on offer too, with promises of up to €20,000 being on offer. The qualifiers for Paris Games Week are kicking off today, so if you think you've got the 1337 sklz to be a pro then get involved.