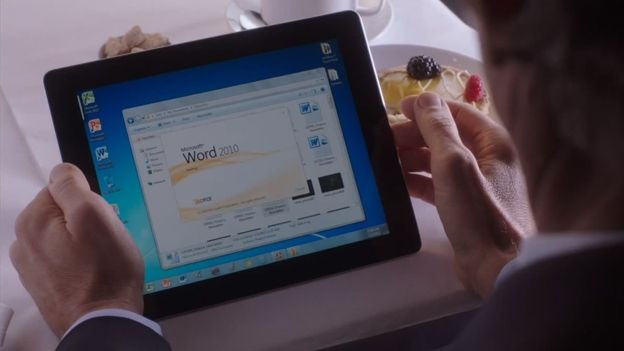 OnLive's Desktop app for iPad and Android breaks with the Microsoft licensing agreement, or at least that's according to Microsoft who have said they are working with OnLive to resolve the issue.

Giving you access to a remote Windows 7 desktop the app allows you to perform certain basic functions through the iPad, if you have a premium account you'll then be able to access Windows Office.

Microsoft have argued that while it is acceptable to use Windows 7, giving users the ability to use Microsoft Office directly contradicts with the Service Provider License agreement.

Sharing the same principle as its OnLive gaming equivalent the OnLive desktop runs straight from OnLive's own servers which means the desktop you see and its applications are being mirrored over to your iPad.

You get essentially editing-only versions of Word, PowerPoint and Excel all of which utilise the iPad's multi-touch screen and feature an on-screen keyboard for editing.

The basic version of the app also gives you access to 2GB of cloud storage to save your documents to so you can pick them up later when you're on a PC or Mac.

Primarily aimed at businesses and self-employed individuals the OnLive Desktop app appears to be a simple and intuative way of having access to Microsoft Office via your iPad, of course the real test will be whether this app survives after the official Microsoft Office for iPad app arrives.

What do you think, is it a viable product or simply a stop-gap until Microsoft produce their own version of Office for iPad? Let us know what you think via the comments box below...