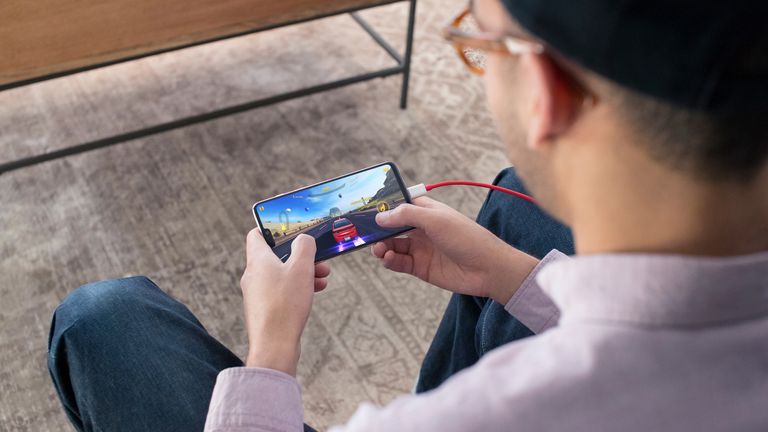 Update: OnePlus has taken the wraps off its latest handset at an event in New York City, and you can now read T3's initial impressions of the OnePlus 6T. What follows is the original article published ahead of the launch ...

OnePlus 6T, one of the most hotly-anticipated smartphones of the year, will finally be unveiled during a sold-out event in New York City today. The OnePlus 6T launch will be live streamed around the world for those who didn't get hold of a ticket.

Ahead of the keynote presentation, a benchmark score for the OnePlus 6T has surfaced online and it reveals some truly impressive grunt under the hood. In fact, if the leaked AnTuTu score is accurate OnePlus 6T will not only be faster than the Samsung Galaxy Note 9, but it could be one of the fastest phones ever made.

According to the latest OnePlus 6T price leak, there will be a variety of configurations available for the handset. The entry-level will boast 6GB of RAM and 64GB of inbuilt storage, rising to 8GB of RAM and 256GB storage for the maxed-out model.

The OnePlus 6T model that performed the AnTuTu benchmark test purportedly had 8GB of RAM and 128GB of internal storage, the leaked screenshot claims. If the score is accurate, OnePlus 6T looks set to be one of the fastest Android devices of all time.

For those who don't know, benchmark scores are designed to help users quickly compare performance between different devices on different platforms. So regardless of the specs and operating system, the higher the AnTuTu score the better.

Given that both OnePlus handsets are running the same Qualcomm Snapdragon 845 chipset, the company has clearly worked hard behind-the-scenes to optimise its hardware and its own OxygenOS software.

AnTuTu hasn't yet updated its overall ranking with smartphone models launched earlier this month, however, when it does, we expect the Huawei Mate 20 Pro to be comfortably crowned the fastest Android device on the planet, with the OnePlus 6T in a close second.

For comparison, the Apple iPhone XS scores a staggering 348,581 – making it the fastest mobile device money can buy at the moment.

As always, there's no guarantee the leaked AnTuTu benchmark score is accurate, so we suggest taking the score with a healthy pinch of salt for now.

We'll know for sure later today at the OnePlus 6T launch event. As always, T3 will be covering all of the breaking OnePlus news as it happens, so stay tuned for more.