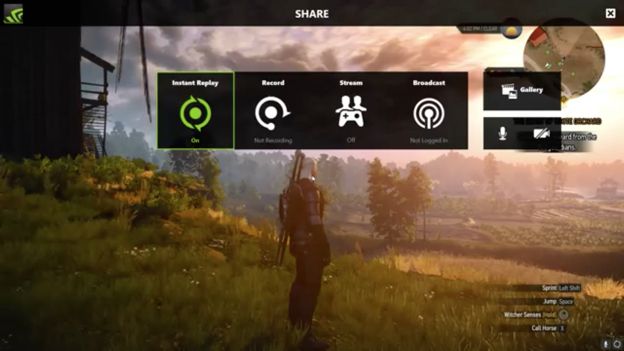 Nvidia is making it easier for its GeForce Experience users to share information with fellow gamers by opening up a new beta program.

The program, titled GeForce Experience Share Early Access Beta, allows PC gamers to access a wealth of new features that makes it easier to stream content to friends and adds recording functions that allow you to look back at your performance in detail.

Right off the bat, gamers that press Ctrl+Z will notice the in-game overlay appear that gives you a range of options. This includes using the Share button to record, share and broadcast content without leaving the game.

Building further on the sharing aspect, Nvidia ShadowPlay has been brought into each game and it records the preceding five to 20 minutes of gameplay in 4K before allowing you edit it and then share. ShadowPlay also offers the ability to broadcast to Twitch.

Finally, the trial brings GameStream Co-Op to the table in order to let you invite a close friend along to play on your team and help you to complete the next level on the game that is currently driving you up the wall.

All of the options are set out in the form of large buttons that are incredibly clear and leave no illusions as to what you are sharing. The GeForce Experience itself has been around for some time and optimises over 250 games in the best way possible.