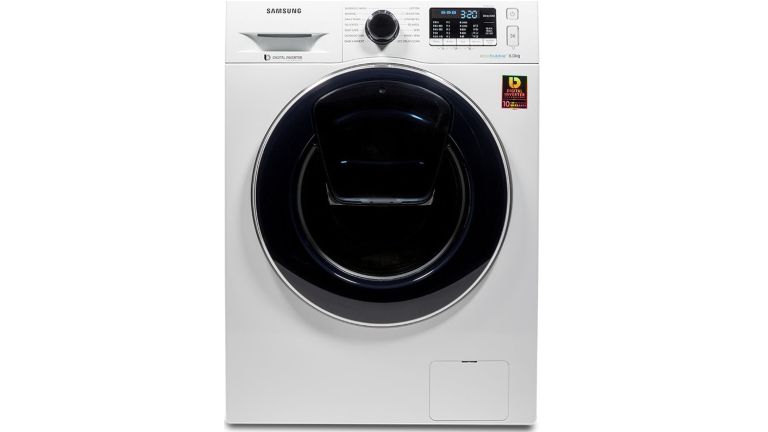 The appliance boasts an 8kg drum capacity, which is pretty decent, and a spin speed of 1400rpm. It also comes with an A+++ energy rating, making it a Best washing machine if you’re looking to shave some money off your annual electricity bill.

Samsung AddWash WW80K5410UW 8 kg 1400 Spin Washing Machine | Was £649 | Now £419
Alongside the hefty discount, we’re big fans of the Samsung AddWash feature. This is one of those invaluable wash-day aids in that you can throw in overlooked items of laundry, even mid-cycle. It’s way more useful than you'd imagine. Other highlights include the Samsung Bubble Soak technology, which adds in another cycle that really goes to town on tough stains. Plus, there’s Ecobubble, that allows you to tackle a mountain of dirty laundry at lower temperatures, hence the efficient energy credentials.View Deal

Feature-wise there’s plenty to get excited about too, with AddWash taking care of odd socks or other items mid-cycle. Simply pop anything you’ve forgotten into the machine using the handy door. You can do the same with more conditioner if your beloved smalls really deserve it. Add in 14 different programs and you’ve got a versatile washing machine that’s reassuringly easy to use.

The Samsung AddWash WW80K5410UW also comes with a digital inverter motor, which means smoother operation, less noise and generally much more efficiency. And, if you fancy managing the machine using your smartphone then the Samsung Smart Check app lets you do that too.