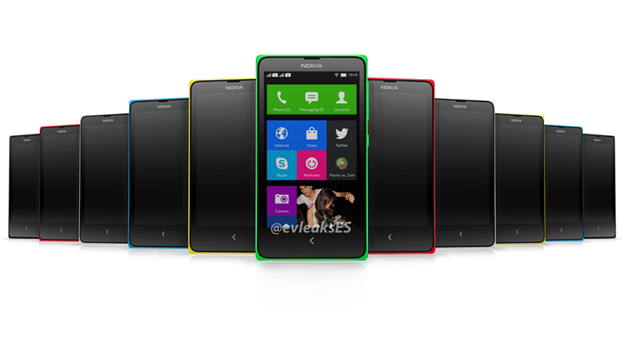 Details of Nokia's Android handset have been published on a database that compares the speed of smartphone cameras.

Nokia's Android handset has been rumoured to come with a five megapixel camera. However, according to information published to CamSpeed, its rear facing camera is only three megapixels.

It also revealed the phone runs on software based around Android 4.1. Nokia has forked Android in a similar way to Amazon.

Other information revealed by the CamSpeed filing includes that the handset will come with dual-SIM functionality. The dual SIM functionality suggests that the phone will be targeted at the Asian market where Nokia's Asha range has been popular.

Nokia has been rumoured to be working on an Android-based device to replace its Asha range of budget smartphones.

Previous rumours have suggested that the phone will come with 512MB of RAM, 4GB of storage and a microSD card slot. It is also said to come with a 1,500mAh battery.

Nokia had been expected to launch the smartphone at Mobile World Congress later this month.

However, with Samsung all but confirmed to be showing off the Galaxy S5, Nokia – like others – may choose to hold off its unveiling to a later date.