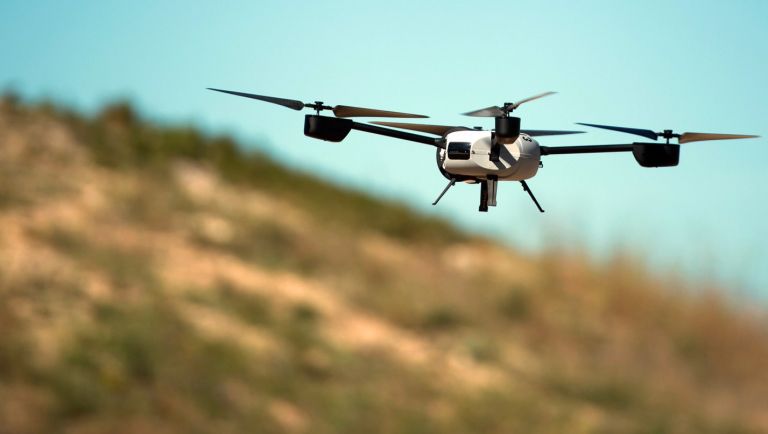 Could drones be making an appearance in UK law enforcement? That's one of the questions that's currently being considered by the Metropolitan Police as it considers safe and efficient means of pursuing and ultimately deterring motorbike-bound thieves who snatch bags from unsuspecting citizens on the street.

The idea was discussed at a recent meeting of the London Assembly's Police and Crime Committee which saw a number of new ideas and concepts brought forward to improve policing across the capitol.

"The possibilities of unmanned aerial vehicles to tackle suspects using two-wheeled and four-wheeled vehicles to commit crime are currently being discussed at a national level by the National Police Chiefs' Council's steering group and the Centre for Applied Science and Technology," commented the Met shortly after.

Deputy Commissioner Craig Mackey, while speaking at the meeting, made it clear that the pursuit of thieves who make a getaway on a motorbike isn't illegal, there are plenty of dangerous factors to take into account and the potential use of UAVs could well help the police force track suspects without endangering officers or the public.

Figures have showed there were 3,000 drive-by-related phone thefts in Camden and Islington alone in the past 12 months, so it's clearly an issue that's only getting worse for Londonders. Drones have proved extremely useful in other areas of policing, so their introduction to this area wouldn't be a stretch.

Why not check out: Want to make your drone even more efficient? Add in a sprinkling of radar