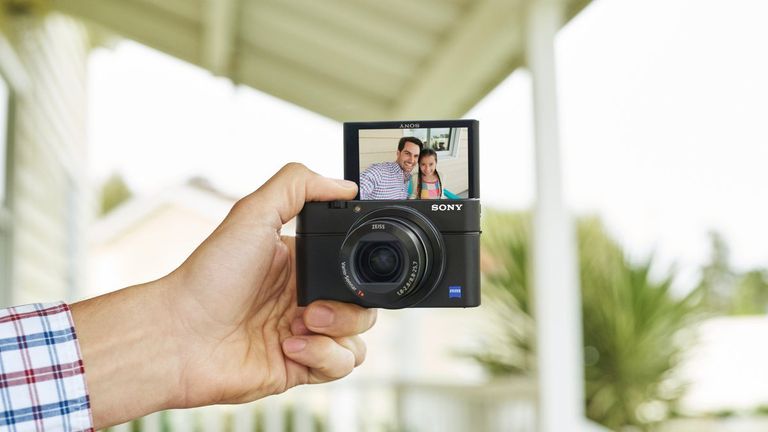 If you're looking for a new camera, Amazon has some gobsmackingly good deals currently running at the moment. Yes, if you haven't heard, it's Black Friday, with discounts across TVs, smart home, gaming, and, most importantly, cameras.

One of the best deals we've found so far is the excellent Sony RX100 Mark IV with more than £100 off the current retail price, making it only £439 (that's saving over £500 on the original RRP).

If you want the ultimate in pocket-sized image quality, then you can’t go far wrong with the RX100 IV (it has recently been replaced with the newer, but much more expensive RX100 V and RX100 VI).

A large 20MP one-inch sensor is mated to a wonderful Zeiss lens which offers a 35mm equivalent of 24-70mm – a classic walk around length. There’s also a host of other handy features, such as an inbuilt retractable viewfinder and a tilting touch-sensitive screen.

Sony RX100 IV Advanced Compact Camera | was £549 | £439 | save £110 at Amazon
With this camera fast-action images are captured without distortion, and, despite the high 20.1MP count, the camera allows fast readout for continuous shooting up to 16fps without blackout -  allowing you to focus on catching the important moments.View Deal

Sony DSC-WX500 High Zoom Travel Camera | was £248.29 | now £189 | save £59.29 at Amazon
Meet the Sony WX500 — one of the world’s small cameras to contain the far-reaching performance of a Zeiss 30x optical zoom lens. With so much creative capability at hand to shoot for fun, you'll capture more quality in every image.View Deal

Sony RX100 VI Compact Camera | was £970 | now £739 | save £231 at Amazon
Extraordinary performance in a tiny engineered package. This T3 Award-winning pocket-size compact comes with no-compromise high-zoom performance and super-fast AF, so you can capture every opportunity that comes your way.
View Deal