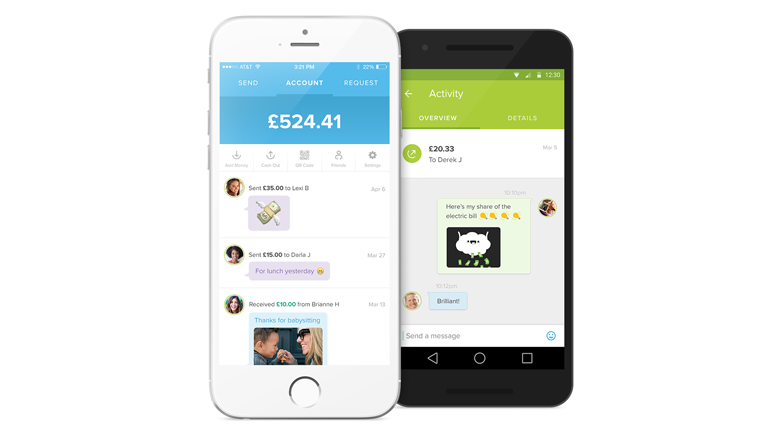 Circle is a new social payment app for iOS, Android and the web that allows you to send and receive money for free just by knowing a friend's email or phone number.

By allowing its users to not only send money to each other instantly but also communicate with each other too in-app via messages, gifs and emoji, the Circle system makes paying for goods and services, as well as paying your friends back if necessary, super simple.

Indeed, Circle has seemingly been designed from the ground up to take the pain out of group payments, with a specific focus on real world, everyday scenarios.

For example, those awkward group payment scenarios in restaurants where a large bill needs to be split evenly between a number of people, is simply solved by Circle. Instead of twenty minutes of number games and complicated coin exchanges before any bill can be paid, with Circle everyone can pay the exact amount required straight away with a few taps and then continue to enjoy their evening.

Equally, even smaller, more finickity transactions such as splitting a five-a-side football bill is easily handled. Now, instead of each team member scrabbling around for the exact change, one person can quickly pay the bill and then receive the precise amount needed from each team member through Circle immediately.

Oh and if you houseshare and need to collect money to pay the gas or electricity bill, Circle is also great for that too, with instant payment requests and payments facilitated with ease. Unlike other payment apps, with Circle there are also no limits to how much you send or receive either.

On top of this great base functionality Circle also packs some really neat advanced features too, including travel free exchange between dollars and pounds (with other currencies on the way), as well as PIN, touch ID and two-factor authentication for maximum financial security.

And finally, if you download and use Circle between now and June 30th you can enter Circle's Share The Love competition, in which you could win a rather tasty £10,000.

So what are you waiting for? If you are on Android then head on over to Google Play, if you on iOS visit the App Store, and if you are on a computer then check out Circle's official webpage and download the awesome new Circle app right now.