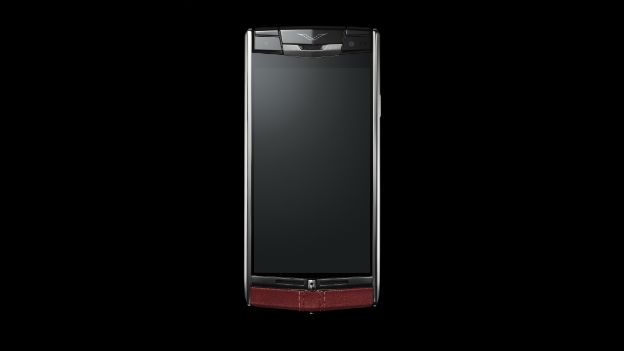 Vertu has announced the latest smartphone in its luxury range, the Vertu Signature Touch.

Vertu, the UK-based builders of extremely premium smartphones is back with the Signature Touch Android handset that will be available from June 2014.

Like last year's Vertu Constellation, the Signature Touch comes with the finest materials - including a 4.7-inch solid sapphire crystal screen - and is hand built in the English countryside.

Running on the latest Android 4.4 OS, the Signature Touch has 64GB of internal memory and features a 13MP rear-facing camera with autofocus and a twin LED flash, similar to the likes of the LG G3. Power is provided by a 2.3GHz Qualcomm quad-core processor.

The screen boasts a Full HD resolution and an anti-reflective multi-layer coating that'll keep irritating reflections at bay. The usual connections, including Bluetooth v4.0 and NFC, are included - as is LTE calling.

The company has been busy collaborating with other expert manufacturers too. The speakers on the Signature Touch have been tuned by Danish audio maestros Bang & Olufsen while Hasselblad had a hand in developing the camera.

But Vertu phones have always been more about the construction than the specs. As expected, the Signature Touch has a chassis crafted from lightweight titanium and finished with hand crafted leather. The handset itself measures in at 69mm and only weighs 192g.

"The extraordinary nature of Signature Touch is reflected in its design, which has a classic elegance to it that is recognisably Vertu but with a modern and confident approach" Vertu's creative director, Ignacio Germade said.

Vertu's well-known additional services are, of course, also a part of the package giving customers privileged access to elite events and private members' clubs around the world.

The phone will be launched in a range of five colours. And, although its price has yet to be announced, we can safely say it won't come cheap. Might be time to think about that second mortgage.