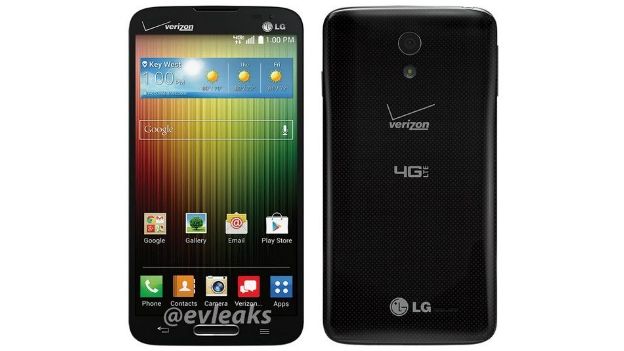 LG looks like it's refreshing its Lucid series after a leaked image of the LG Lucid 3 has appeared online heading straight to Verizon.

Serial leakster @evleaks posted the photo on Twitter confirming that LG is working on bringing a new Lucid handset to Verizon – about right considering it's been a year since the last one.

On first glimpse the LG Lucid 3 already looks to be an aesthetic improvement compared to its predecessor despite Verizon stamping its logo on the front and back.

Sporting a fresher and more updated look with rounded corners and a curved back, it appears the LG has followed the design cues of its G-series lineup such as the LG G Flex and LG G Pro 2.

The LG Lucid 3 also appears to be running Android 4.4 KitKat since it has the white status bar icons at the top.

The new F-series that was unveiled at Mobile World Congress also looks notably similar to the picture above.

This time @evleaks didn't post any other details although expect a mid-range specification to arrive on Verizon's website in the coming weeks.