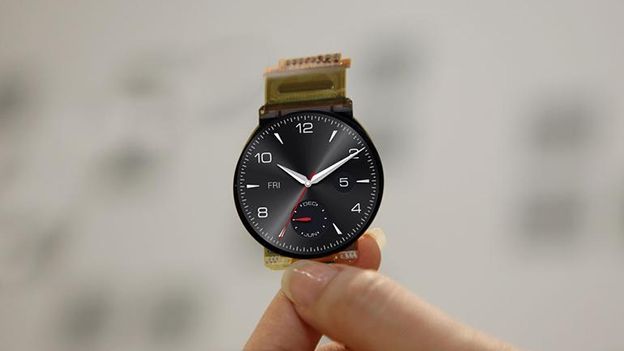 Yesterday, LG Display announced that it had begun mass production of what it claims is the first circular OLED screen.

The circular display will make its debut in the LG G Watch R. It is a 1.3-inch display that mimics the traditional round faces of high-end watches.

According to LG, it has a screen area 57 per cent larger than similarly sized square displays. Most of the smart watches announced so far feature square displays – largely because of the difficulty of manufacturing round displays.

Specs-wise, it has a resolution of 320 x 320 pixels that can produce a 100 per cent colour gamut (that means any colour a developer asks it to produce, it can). It is powered by a 1.2GHz Snapdragon 400 processor and has a 410mAh battery.

LG hasn't said how long that should last, but we're betting you'll need to charge it every night.

The LG G Watch R that the screen is destined to debut in, itself debuted at IFA 2014 in Berlin. It comes just six months after LG announced its first smart watch, the LG G Watch.

The new watch is being targeted at an audience that shunned the first edition. LG is hoping the combination of the round face and premium leather straps will be enough to attract wealthier smart watch buyers.

It'll be interesting to see whether or not they bite – especially as they are the same buyers largely expected to purchase Apple's rumoured iWatch when it is unveiled next week.

The latest iWatch rumours have suggested that while Apple may unveil the iWatch next week, it might not hit shelves until early next year.

That could provide LG and Apple's other rivals with a window of opportunity to get their smart watches on customers' wrists before Apple gets the iWatch out the door.