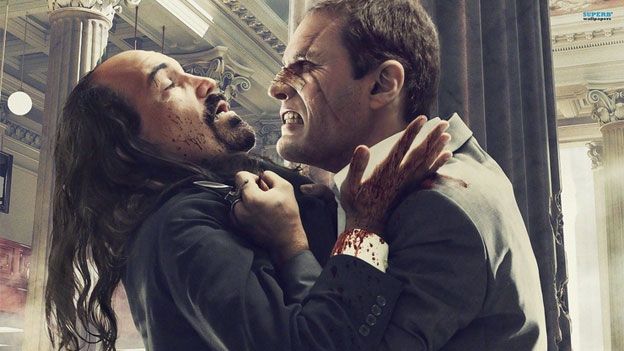 Proving once and for all that you can't keep a bad man - or in this case, a pair of them - down, the Kane & Lynch IP refuses to go quietly into the night.

Against all odds, a movie adaptation of the Kane & Lynch video game series is still on the cards. A report on the Hollywood Reporter states that Rockin' Roller and Law Abiding Citizen star Gerard Butler is in talks to star as Kane.

Director F. Gary Gray, who helmed Law Abiding Citizen is apparently on board to direct the film and the report also states that Fast & Furious and Riddick star Vin Diesel has been approached to play Lynch.

A Kane & Lynch movie has apparenly been a going concern since about 2007, when Bruce Willis and Jamie Foxx were attached to star as Kane and Lynch respectively. The status of that project was thrown into doubt three years ago when director Patrick Alessandrin dropped off the project.

You have to admire the resilliance of Kane & Lynch as an IP. Both games in the series - Kane & Lynch: Dead Men and Kane & Lynch 2: Dog Days - were released to mixed reviews and lukewarm sales.

Recently, IO Interactive, the developer behind the series stated that it was reorganising its efforts to focus only on the future of the Hitman franchise, throwing the notion of any future Kane & Lynch titles into doubt.