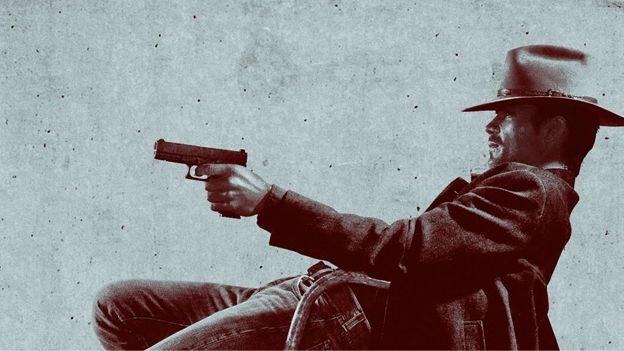 Justified is now onto its fourth season and shows no signs of stopping, Amazon clearly agrees as it has just grabbed exclusive streaming rights to the show

Amazon has signed a deal with Sony Pictures Television which will see the award-winning show Justified head to Amazon Prime Instant Video for no extra cost.

All three seasons are currently available on Amazon Instant Video but this new deal will mean that Prime customers will be able to download any of the series for free.

Amazon confirmed that Justified was one of the most watched TV Shows on their Instant Video service so by adding it to Prime they'll be hoping to draw more customers towards the yearly premium subscription service.

Speaking in a statement, Brad Beale, Director of Digital Video Content Acquisition for Amazon said, 'Justified and The Shield are two fan-favourties on Amazon, we're constantly looking for ways to make Prime even better - and one of the ways we're doing it is adding shows like these.'

This is the latest in a recent string of big name acquisitions the company has made including the news that they would have exclusive rights to Downton Abbey which would see the ITV favourite disappear from rival service Netflix.