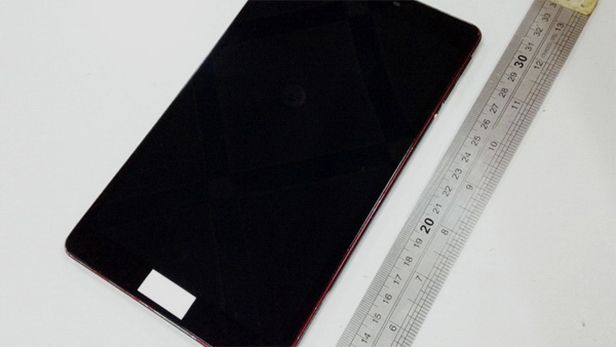 We've heard plenty about the upcoming Nexus smartphones but, until now, Google's managed to keep talk of its next tablet to a minimum.

Unfortunately for the tech giant, two new photos leaked by Chinese site padnews.cn have revealed the Nexus 8 in all its Android glory, albeit in dummy form as oppose to the real deal.

The first photo shows the claimed Nexus 8 next to a ruler about 200mm in length, which sounds about right for an 8-inch tablet using the expected 4:3 aspect ratio. Meanwhile the second photo gives us a close-up of the corner, showing a metal frame and what looks to be a speaker grille.

While Google hasn't mentioned the Nexus 8 as of yet, the tablet made headlines earlier this week when it seemingly appeared on a benchmarking site. Google was originally expected to launch it last year, but instead it released the Nexus 9.

There aren't any clues to who is manufacturing the Nexus 8, but previous entries in the series have been made by Asus, HTC and Samsung.

As for a release date, we'd expect it to debut in the second half of October, which has become a Nexus tradition. In fact maybe, just maybe, the Nexus 8 could be unveiled alongside the rumoured LG Nexus 5 and Huawei Nexus 6.