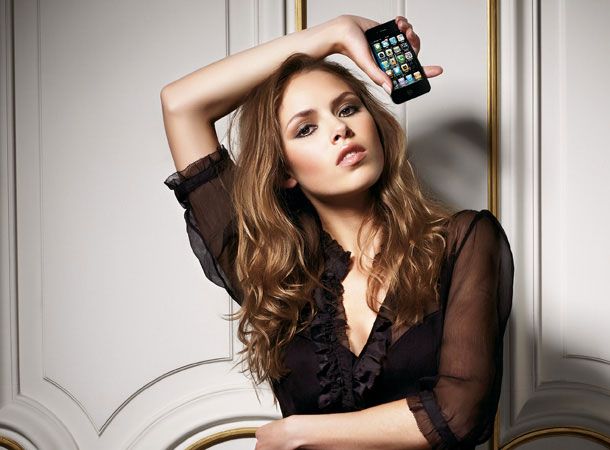 Is that an iPhone in your pocket or are you just happy to see me?

If iPhone owners are trying to compensate for something with their must-have high-end handsets then it seems to be working as a new study has revealed that those with the Apple smartphone have twice as many sexual partners as their Android owning counterparts.

The study carried out by online dating service OKCupid.com has shown that by the age of 30, men strutting their stuff with an iPhone in their pocket have had around 10 different sexual partners compared to an Android average of six. BlackBerry owners and their power suits fall comfortably in the middle with around 8.1 notches on their bedposts.

Female iPhone owners who hit the big three-zero are once again considerably looser with their morals than other smartphone owners racking up an average of 12.3 partners. BlackBerry users slot intosecond with 8.8 bed buddies with Android owners being decidedly more conventional with 6.1 sexual partners.

An insight to the added pulling power an iPhone can bring or a revelation at the increased promiscuity of the Apple smartphone users? According to OKCupid's Christian Rudder, the new findings are: "Finally, statistical proof that iPhone users aren't just getting f***ed by Apple.”

What do you think to these findings, accurate portrayal of iPhone users's promiscuity or a show of Android owners' prudishness? Let us know via the T3 Twitter and Facebook feeds.