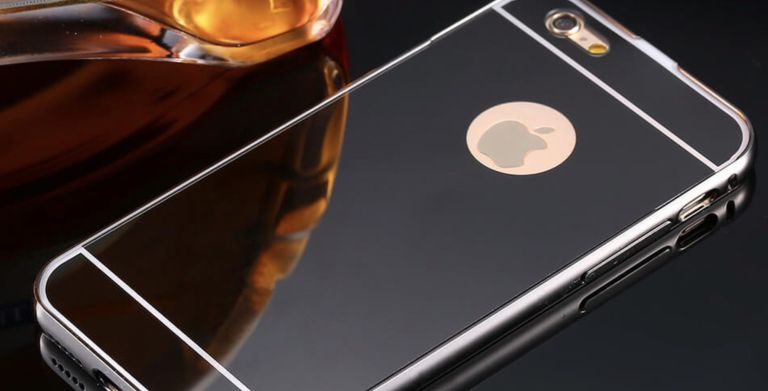 The new iPhone 8 is leaking more and now a new colour has slipped out that offers a “mirror-like” finish.

According to Apple leak specialist Benjamin Geskin we can expect four colours for the iPhone 8 with the mirror finish as a new option. The images Geskin shared above and below are just of a phone case but give an idea of what we could expect.

Since the iPhone 8 is widely leaked to be an all glass design this mirror finish could work really nicely. Especially for those that like to give themselves a quick glance without firing up the selfie snapper.

Of course we have to take this with a pinch of salt as it’s from an unnamed source of Geskin. That person could be mistaking “mirror-like” for the jet black model with is highly reflective finish.

Other specs previously leaked for the iPhone 8 include an OLED display, fingerprint reader built into the glass and new dual-cameras on the rear. Expect a super minimal bezel design which will make the screen appear to run the length and width of the phone’s front.

Apple is expected to announce the iPhone 8 late in the summer for a September or October release date.