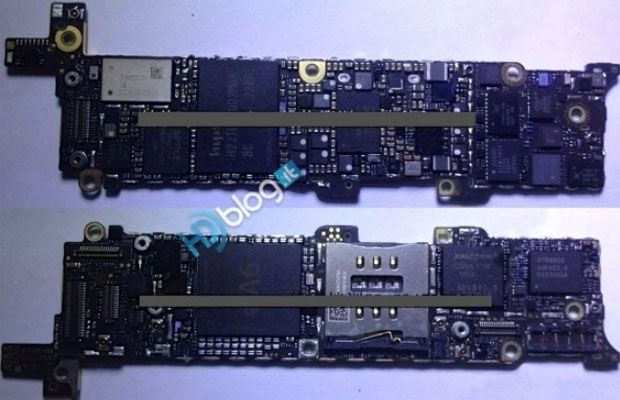 iPhone 5 logic board pictures show A6 and LTW Qualcomm modem

Update: Check out our iPhone 5 review

New images have been leaked that purport to show some of the new iPhone 5 smartphone's internal architecture. The pictures of the iPhone 5 handset's logic board were published on the Italian gadget blog HDblog.it,

They seem to indicate the iPhone 5 will feature the new A6 chip, which HDblog.it states is'probably' a quad-core processor, along with Quadcomm's MDM9615M LTE modem and a flash memory provided by Hynix. This seems to back up speculation that Apple has made moves to cut Samsung out of its manufacturing plans as a parts supplier, probably owing to the fact that the two companies are embroiled in multiple legal actions over patent disputes.