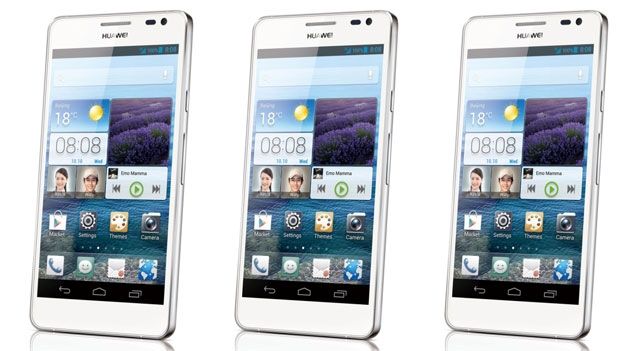 Huawei have released the Ascend D2, the latest addition to their smartphone range and it features a 5-inch Super Retina display.

The Ascend D2, revealed at CES 2013, runs Android 4.1 Jellybean and features a 13MP BSI camera with an ISO sensitivity higher than other smartphones on the market.

Powered by a 3000mAh battery, Huawei says the Ascend D2 has a standby time of six days on WCDMA. Utilising Huawei's QPC technology, battery consumption is kept to a minimum by automatically turning off the transmitter circuit when data transmission is not in use. Huawei claims this technology will reduce power consumption in standby mode by over 20%.

Encased in an aluminium body with a metal frame and weighing 170g, the large-screen smartphone comes in two colours; pure white and crystal blue. The D2 features 'swift sharing' software, allowing users to share pictures, videos and other files to be shared over a Wi-Fi connection two or three times faster than other smart phones.

The Huawei Ascend D2 is planned for release in China at the end of January 2013, and in Japan in the future, however a UK release date wasn't mentioned at the event.