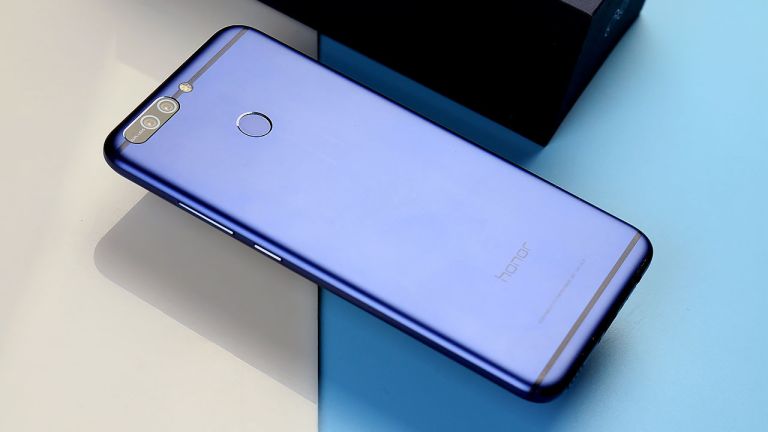 The 8 Pro looks to be Honor’s best phone yet. Encased in an all-metal body with rounded corners - the design is distinctly iPhone-esqe. That’s no bad thing, because the iPhone is one of the best looking smartphones out there.

The Honor 8 Pro will be powered by Huawei’s Kirin 960 octa-core processor and 6GB RAM. There’s 64GB of storage onboard and expandable microSD support.

It’ll come running Android 5.0 Nougat with Huawei’s EMUI 5. skin on top. Which has improved recently, but it’s still not quite as good as Samsung et. al. This comes with some smart learning to reduce lag. For example, if Facebook is opened at around 8am every day, the system will load the app in the background in advance, cutting down app load times significantly.

On the back you’ll find a dual 12MP camera setup (paired with an 8MP camera on the front) and a fingerprint sensor.

Keeping everything running is a 4,000 mAh battery, which is “Honor’s highest-performing battery to date”

Oh, and somehow Honor has squeezed this into a phone just 6.97mm thick, so it’s also one of the thinnest smartphones you can buy.

Honor is for the brave. That’s their marketing slogan, at least. It’s pitched at creative millennials, those who might not have the cash to spend on a more expensive phone, but don’t want to sacrifice important features such as a good camera and decent battery life. You know, like Brooklyn Beckham (the company's brand ambassador).

“With the launch of the Honor 8 Pro we set out to push the boundaries on all fronts” said George Zhao, President of Honor.

“The handset is the most impressive performing Honor smartphone to date, redefining the large-screen category by wrapping its outstanding features inside an ultra-thin minimalist design.

The device is available at a market leading price: performance ratio."

Why should you care?

Smartphones are getting stupidly expensive - take a look at the S8 prices. It’s good a see a brand trying to offer important flagship features at an affordable price.

The Honor 8 Pro will be available in Navy Blue in the UK at launch, retailing at £474.99. That’s a great price for what looks like a very decent flagship phone.

The Honor 8 Pro can be pre-ordered today from Honor’s vMall or purchased from Amazon from Thursday 20 April 2017.