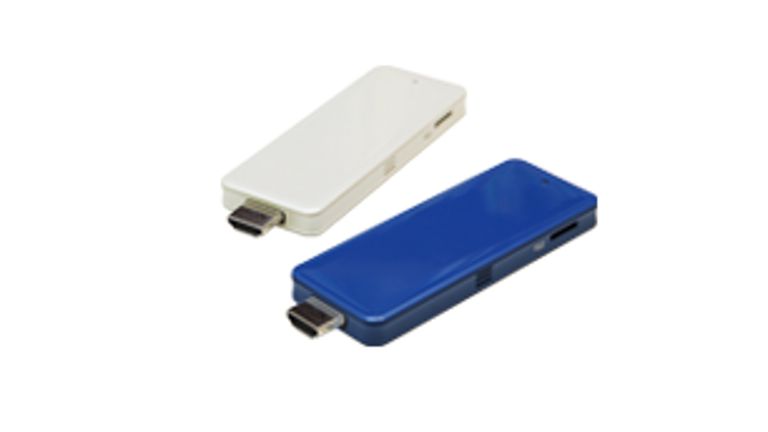 There's been a rash of miniature PCs emerging of late, and here's another tiny dongle from Quanta which despite its diminutive size runs Windows 10.

The Quanta NH2 is a PC on-a-stick which boasts an Intel Cherry Trail Z8300 processor running at 1.44GHz, backed up by 2GB of RAM and up to 64GB of storage (it can be specified with 16GB, 32GB or the full 64GB – and there's a microSD slot for adding extra storage on top of that).

The device has just been listed by the FCC over in the States, Liliputing reports, which means that theoretically it should be out in the US before too long (and perhaps in the UK as well in the future, with any luck).

Connectivity includes 802.11b/g/n Wi-Fi and Bluetooth 4.0, and as for the ports, it comes with an HDMI connector to plug it into the display you'll be using it with, along with a USB port – you'll be able to opt for either USB 2.0, or USB 3.0 if you want faster data transfer speeds.

The NH2 also boasts an automatic power-on feature when you plug it in, and Quanta says that it's 30% faster than its predecessor the NH1 (which had the same amount of memory, but used an Intel Bay Trail CPU running at 1.33GHz).

It sounds pretty nifty then, but pricing will be key when evaluating exactly how this piece of hardware compares to dongle PCs such as the MagicStick.

The lesser version of the latter, the MagicStick One, features the same CPU and an identical amount of RAM as the NH2, and currently sells for $99 (around £65) – so that should be a fair ballpark figure for Quanta's effort.

Like this? Also check out: Kangaroo portable Windows 10 PC – the most versatile computer ever?