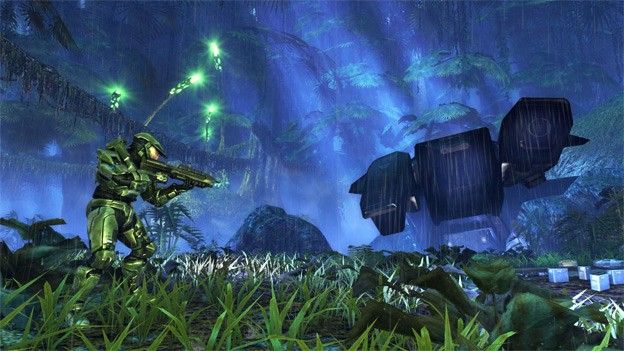 Having previously hinted that Halo: Anniversary Edition would feature Kinect compatability 343 Industries then managed to stay completely quiet on the subject, until now

343 Industries has unveiled just some of the features that it will be making available on Halo: Anniversary Edition after having initially promised that while Kinect wouldn't get in the way of the experience it certainly wouldn't be an afterthought either.

Previewed at the New York Comic Con, attendees were treated to a short video introduction highlighting just a small number of the features that will be available however it did confirm that the game will both employ vocal and physical features.

Vocal commands come in the form of simple actions such as 'reload' and 'grenade' with others sure to be announced sooner to the release. Probably the most intriguing feature however is the ability to analyse objects in the Halo world by saying the command 'analyse'., this then brings up a library in which you can collect information on weapons, enemies and objects, all with a 3D model which can be rotated with your hands.

Featuring completely updated graphics and a whole range of new features, will the addition of Kinect be a hindrance or a help? Let us know in the comments box below...