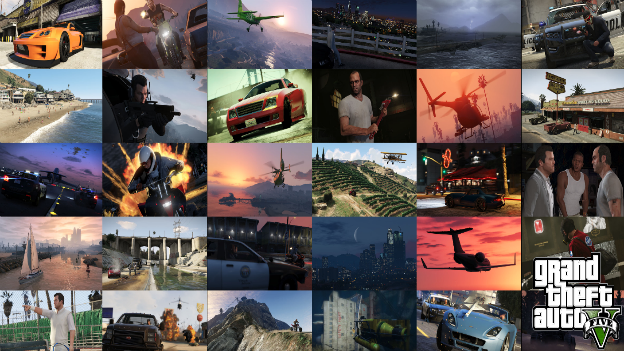 The company believe "this marks the fastest than any entertainment property, including video games and feature films, has reached this significant milestone."

According to an LA Times report last year Call of Duty: Black Ops managed to earn $1 billion, but on its 15th day on sale.

Chairman and CEO of Take-Two, Strauss Zeinick, states "Grand Theft Auto is a cultural phenomenon and Rockstar Games continues to redefine what can be achieved in interactive entertainment. We are incredibly proud of the extraordinary critical and commercial response to Grand Theft Auto V."

The announcement follows reports of the game breaking sales records and becoming the fastest-selling game in UK history bringing in over £65 million in revnenue and selling 1.57 million units in the first day.

Highly-anticipated GTA Online will be launched globally on October 1st and will be completely free with every copy of GTA V.

GTA V is currently available on Xbox 360 and PlayStation 3 but is expected to come to PC and next-gen consoles later this year.