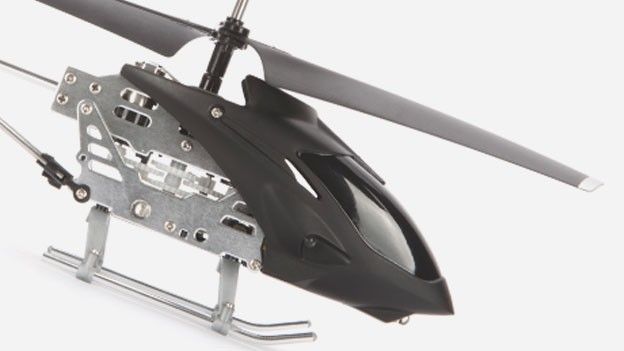 Griffin's Helo TC has landed following months of waiting with the AppPowered, iPhone-controlled helicopter to cost £39.99

Gadget accessory great Griffin has officially launched its first foray into the techy toy market with the inaugural member of its AppPowered Accessories range the Griffin Helo TC available to buy now.

Officially unveiled earlier this year the Griffin Helo TC is a remotely controlled flying helicopter with user's iPhones or iPod Touch devices being used alongside a free to download app to control the winged accessory.

Boasting 5 super-bright LEDS on its front the Helo TC is capable of recording and strong three flight plans with users able to set the app to a selection of control configurations so as best to suit their needs and person taste.

Ready to buy now ahead of the imminent Christmas shopping rush Griffin's first AppPowered accessory is available through highstreet giant HMV with a Griffin Helo TC price set at a rather reasonable £39.99.

Will the Griffin Helo TC be jumping straight to the top of your gadget riddled Christmas wish list? Let us know via the comments box below.