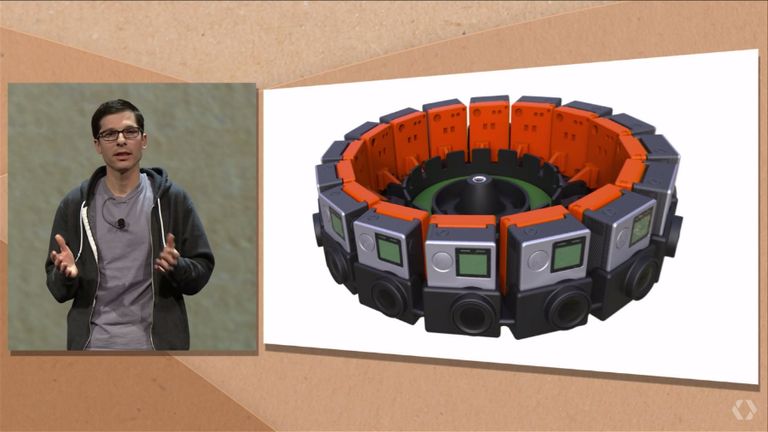 At Google I/O last month, the tech giant unveiled a few new virtual reality innovations, including a camera rig utilising 16 GoPro cameras. It enables you to film videos in 360 degrees, which can then be viewed inside a VR headset or on YouTube.

It's called the Jump camera and Google has put information online if you're interested in trying to build your own (and can afford 16 GoPro cameras). What's more, it's just asked for volunteers to get a rig sent to them - you can sign up here.

We wouldn't imagine Google is going to dish out many of these contraptions but it's worth a shot if you're interested in virtual reality and want to see what the Jump can do. You need to provide a few contact details and a bit of information about what you intend to film. This could be the start of your own Avatar-style blockbuster.

"Select creators will get access to Jump starting this summer," says Google. "If you're interested in hearing more or getting the chance to take a Jump camera out for a spin, sign up below."

Google certainly seems keen to bring a DIY element to virtual reality: as well as Jump it has Cardboard, the build-it-yourself VR viewer that works with regular smartphones to give you a rudimentary virtual reality experience.