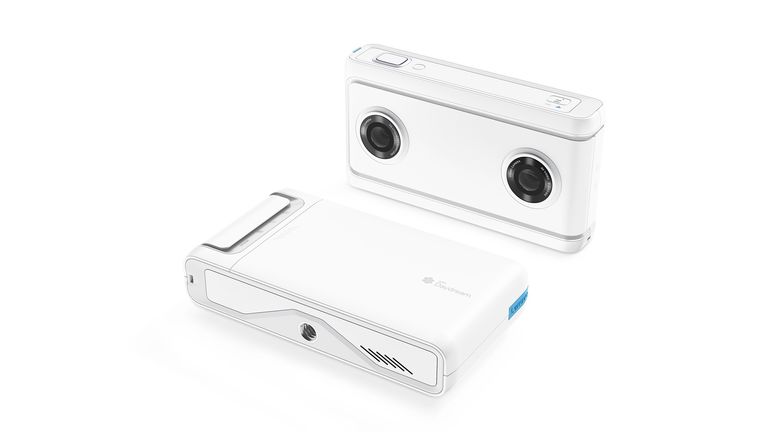 Google, at CES 2018, has shown off its latest VR180 camera format along with a host of hardware that can capture it. The future of photo and video may not be 360 degree but 180 instead.

The VR180 format captures a wider field of view than a normal photo making the image feel more like it’s being viewed in real life, especially when seen through a VR headset. So why is this seemingly less immersive format even out when we have fully surround 360 degree VR capture?

Unlike that, this focuses the point of view so you can take in what you’re seeing rather than focusing on other areas and missing the point of the photo or video. Check out the cheesy video below to get an idea of what it will look like, even without a headset on.

You’ll need a special camera with dual lenses to capture the content and a VR headset, or smartphone in a Google Cardboard or similar to view it. The Lenovo Mirage Camera is one of the first to be shown off which is a simple point and shoot camera. Since it captures everything in front of it you don’t even need a viewfinder since you can just aim it forward and let the camera do the work.

The first stand alone Daydream VR headset was also shown off in the Lenovo Mirage Solo, but more on that at the link above. Other cameras announced for VR180 capture include the Yi Horizon 180, an unnamed LG camera, Z Cam K1 Pro and Panasonic support for the GH5 series of interchangeable lens cameras. Most of these have been announced as due for release this year.

Google VR180 media will be stored in Google Photos and can be easily uploaded and viewed on YouTube. So it should all be a doddle - presuming people actually buy the cameras. We imagine smartphones will have this tech in the future, if it catches on.