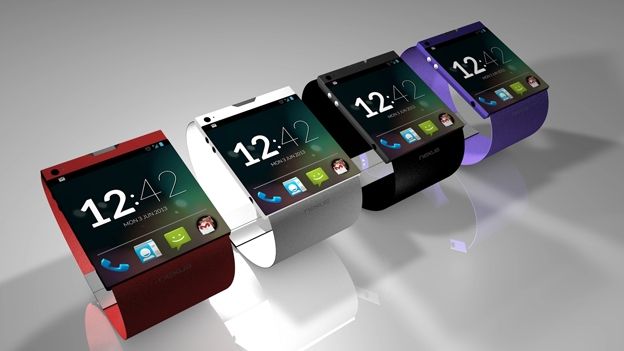 With Google Glass proving to be such a success on the wearables front, it's no surprise that the big G has wrist-hugging gadgetry in the works.

With Google Glass showing that wearable peripherals are soon to become the norm, it only makes sense that the company would then start investigating the possibility of making a Google Smartwatch.

Competitors like the Samsung Galaxy Gear and the Sony SmartWatch 2 have shown that whilst there is clearly demand for these wearable smart devices the finished article hasn't always lived up to the hype.

In our Samsung Galaxy Gear review we praised Samsung's smart watch for having a 'functional and premium design' but ultimately discovered that 'the more we used it the more useless it became'.

Sony's SmartWatch 2 faired slightly better, in our review we praised the fact that it worked with all Android smartphones but still found its functionality to be limited once disconnected from a smartphone.

Ultimately if Google is to release a Google Watch then it'll surely need to address some of these concerns, creating a product that is as technically advanced as it is functional to wear.

It'll need to be open to, at the very least, all of Android and will need to function just as well when not connected to a smartphone or tablet.

TheWall Street Journalhas reported that Google's Smartwatch release date could be just a few months away with the company already well advanced in the manufacturing stages.

The G Watch will run a wearable-specific version of Android and will give customers information they need like weather and traffic updates.

Google Now is, at present, Google's voice-controlled answer to Apple's Siri. By speaking at smartphones like the Moto G and the Nexus 5 you can ask Google to perform any number of tasks from enter calendar entries to searching for recipes.

It would certainly make sense to implement voice-control into Google's smartwatch however whether it'll offer the same functionality seen on Google Glass remains to be seen.

Interestingly Google recently acquired WIMM a company that has been working specifically on creating an Android Smart Watch and did in fact make several working prototypes. The watch offered open-source programming which meant anyone could write apps for it, much in the same way that Android operates on tablet and smartphone.

Rumours have pointed towards the Google watch running Android 4.4 KitKat after it was revealed that the latest version of Android had now been optimised to run as smoothly on low power devices as on flagship smartphones.

Design will also play a major part in how consumers feel towards the idea of a Google Smart Watch. A senior analyst at Forrester Research, Sarah Rottman Epps spoke to CNET and believes that if Google is to succeed in this area it'll need to move away from the bulky smart watches we've seen so far.

"Smartwatches are big, honking ugly devices, and I have yet to see one that a woman would ever wear, for Google's watch to succeed, it needs to not only show it's a software company, but that it's a first class hardware company."

A source close to Google has reportedly told Android Authority that Google's Smart Watch will actually be made by Motorola, the now Google-owned company which released the Moto X.

Considering how skeptical Android Authority are about this information it goes without saying that this info should absolutely be taken with a pinch of salt, especially when you consider that Google decided to manufacture Google Glass themselves.

Of course the company is in a state of change and there has been increasing talk that Motorola would eventually take over the responsibility of the Nexus brand replacing the likes of Samsung, Asus, LG and HTC who have all made Nexus devices in the past.