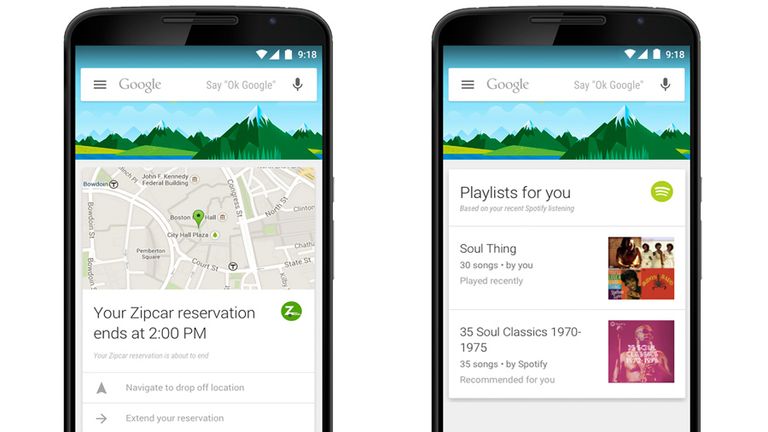 Google Now is about to become a whole lot more handy to users as the search engine giant integrates 70 more apps into its roster.

The app now pulls in data from more than 100 different services. These are shown as cards to users without then having to ask. Among the cards added to its feeds include Zipcar,Spotify, Lyft, Waze and Wunderlist. The advantages of this are collating all notifications into one app.

“For example, if you book a Zipcar out for a day hike, you can keep track of your return time and get directions to the drop-off location with Now cards – checking them is as easy as a simple tap on the Googleapp,” said the firm in a blog post. “Or need a good a playlist on a Friday night? Now cards can recommend playlists from Spotify, TuneIn or YouTube based on your preferences.”

The company said that the new cards would also get breaking news about the aftermath of the Nepal earthquake from ABC News, Circa, or feedly or know when your pad thai is about to arrive with reminders from Eat24 that the food you ordered will soon be on your doorstep.

The full list of third-party apps that will feature Google Now cards can be found here.