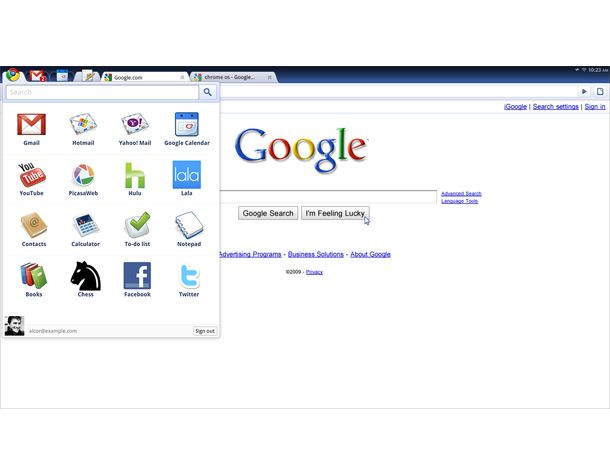 New machine set to land just in time for Christmas. But will UK gadgeteers feel the love too?

Google is shaping up to release a Chrome OS tablet on 26 November. That's according to a 'source' , which has told Download Squad that the new machine is being built by HTC and will be sold in the US by the Big G's new best pal Verizon.

The date is especially significant. 26 November is this year's Black Friday, the day after Thanksgiving in the US and traditionally the busiest day for shops in the States. Stick a Chrome OS tablet on sale then and surely it'll fly off the shelves.

Other than the date and news on HTC's involvement, details remain thin on the ground, with Download Squad speculating on the inclusion of NVIDIA's Tegra 2 chip and a multitouch panel. That's just gossip, but this machine will need to be firing on all cylinders to see off the iPad.