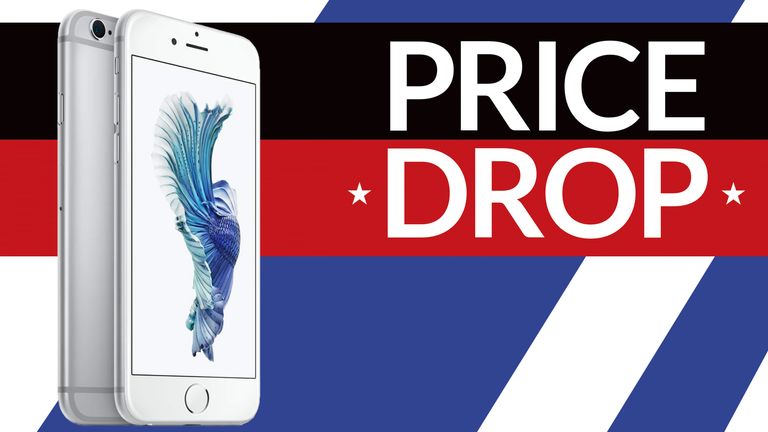 If you're looking for an Apple iPhone with a very reasonable price tag, then look no further than this stunning deal. As part of its End Of Summer Sale, Amazon has dropped the price of the iPhone 6S to just £299.

Apple is bringing its all-new iOS 13 mobile operating system to the handset this autumn, so you'll get the latest photo and video editing capabilities, system-wide Dark Mode, MeMoji stickers, and more.

Apple iPhone 6S | 32GB | RRP: £348 | Deal Price: £299 | Save £49 (14%)
If you prefer the tried-and-tested design with the physical Home Button, this is a great deal. You still get the pressure-sensitive 3D Touch display – as well as the latest iOS upgrade this September. If you've swerved the last few iPhone models, this is a great way to upgrade your handset without breaking the bank.View Deal

If 32GB doesn't seem like it would be quite enough for you to store all of the music you'll need for offline playback, all of your treasured photos and videos, as well as all the usual games and apps – then you'll be pleased to know the beefier 128GB version of the iPhone 6S is also included in the End Of Summer Sale.

Unfortunately, Amazon hasn't dropped the price by quite as much, but it's still a discount on the usual RRP. So well worth a punt if you're tempted.

Apple iPhone 6S | 128GB | RRP: £448 | Deal Price: £411 | Save £37 (8%)
If you're interested in the iPhone 6S, but would like more built-in storage than you'll find on the entry-level 32GB model – this is the answer. It still has all of the same great features, but more storage so you won't have to rely on DropBox, OneDrive, iCloud and the like anywhere near as often.View Deal