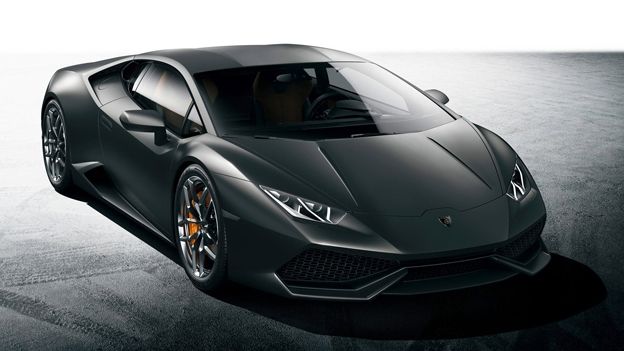 The Geneva Motor Show is just around the corner so we've chosen the hottest cars set to appear, from the fastest Bentley in the world to the insane Astra VXR Extreme

The 84th Geneva Motor Show will soon be opening its doors to the general public where the world's car manufacturers will be showing off their latest and greatest creations whether it's the new Lamborghini Huracan or the utterly insane Vauxhall VXR Extreme.

This year looks to be one of the best shows yet with Bentley unveiling their fastest production car ever whilst Jaguar plans to unveil their hardcore estate the Jaguar XFR-S Sportbrake.

To save you the hassle of trawling through all of the motoring-based internet we've found the hottest cars and tech set to debut at Geneva and listed them below..

It's hard not to feel a pang of childish excitement at the prospect of a hot hatch and Vauxhall has never been one to shy away from scratching that particular itch. Based on the Astra Cup the Astra VXR Extreme is the most-powerful street-legal Astra ever made and follows the highly sensible thinking of taking the already hot VXR and making it even more hot hatch.

There's a 2.0-litre turbocharged petrol engine that develops 300PS which is then coupled to four enormous race exhausts so be guaranteed that when you arrive at the industrial park, there'll be a few bleeding ears.

At the moment it's just a concept car but Vauxhall could well release the VXR Extreme in a limited batch considering the VXR Astra is their highest-selling VXR of all time.

When the original Audi TT launched it was a testbed for Audi's new design direction, since then it has remained a finger to the wind for Audi showcasing what their cars over the next few years would look like.

The new Audi TT is no different and whilst we've only seen small glimpses of the new car (check out the video below) we know it'll sport a bolder more muscular body.

The interior of the new TT will also be the first completely digital-display panel for Audi with the driver dials now replaced with a huge high-resolution display that can show anything from speed, revs to a full map.

Along with its range of new concept cars Volvo has been hard at work creating a truly next-generation touch screen interface for its future cars and finally here it is (see above).

Called simply the Volvo HMI or Human Machine Interface it's a touch screen-only digital interface that combines a digital dashboard with that large touch screen you see above you.

A completely new onboard OS means it's lightning fast and ultra-responsive whilst the use of large tiled applications means everything is instantly accessible. As well as the new interface Volvo will be unveiling its next vehicle the Volvo Concept Estate, the latest in a series of concept cars that Volvo has said will define their cars to come.

Sometimes a car needs to be made purely for sake of saying 'we made it' and that's precisely why the Jaguary XFR-S Sportbrake exists. It's an £82k 542bhp super-estate that'll rocket your kids to school then go toe-to-toe with an Aston Martin DB9 without even breaking a sweat.

How? Well the enormous 5-litre supercharge V8 helps as it'll move this 5-door family car from 0-60mph in 4.6 secs. For the image conscious there are 22-inch forged alloy wheels for strength whilst a tuned exhaust means it now develops a sound not unlike a Lancaster bomber during take-off.

Will it sell? In tiny numbers, but as Jaguar has admitted, sometimes it's not about the numbers, it's about doing it because you can. You'll get no argument from us.

This is Volkswagen's new GTi, except it isn't. Instead it's their super-charged (pardon the pun) hybrid hot hatch. In case you think that means it'll be a shadow of its former self we'd ask you remember that McLaren's P1 is essentially a hybrid.

The GTE boasts a tuned 1.4l TSI petrol engine that develops 148bhp. So far so fumes. Now take one 75KW electric motor that boasts 100bhp and can run on its own for up to 37 miles and what do you have. A GTE button that combines the two giving you a massive 248bhp, around the same torque as a Ford Mustang and a 0-60 of 7.6secs. Who said plug-ins weren't fun.

With its angular lines and ultra-aggressive styling the VisionC concept is Skoda's statement of things to come. Designed as a 5-door coupe the VisionC is as much about looking good as it is about economics. Thanks to a CNG/petrol bivalent 1.4 TSI/81 kW turbo engine you'll be able to get some of the best mileage on the market whilst still looking this good. That said we wouldn't say no to a vRS version.

Lamborghini's designs have gone from the downright garish to something altogether more deadly and frankly, we like it. The Huracan is Lamborghini's £188,000 replacement for the Gallardo and we're happy to announce that it faithfully continues the company's current trend for making cars look like ex-government weapons projects.

Named after a famous fighting bull the Huracan has a mammoth 610bhp V10 which will carry you to 62mph in just 3.2secs. You'll be happy to hear the inside looks just as menacing with angular shaping and a state-of-the-art digital dashboard combined with controls that look like they've been nicked from a fighter jet.

The Bentley Continental GT Speed is special for one very simple reason which is that this tank of luxury happens to be the fastest production Bentley in the world.

With a frankly titanic 6-lite twin-turbo W12 engine that produces 626bhp the GT Speed is capable of shifting its sizable bulk to 206mph. This achievement is accomplished thanks to a planet-shifting 820Nm of torque.

Naturally because it's still a Bentley you'll have little indication of the apocalypse you're causing outside of the cabin thanks to a custom-built Naim audio system.

The Intrado is the Chelsea tractor for the eco-lover inside all of us. Powered by a 36kWh battery this cutting-edge SUV uses hydrogen fuel cell technology so you can fill it up in minutes then head off and enjoy the Intrado's 600km range.

Built using carbon fibre and advanced super lightweight steel it's a car that doesn't pile on the pounds whilst a totally aerodynamic shape means drag is at an all time low.

Inside the styling is equally as minimal with only two digital displays showing essential info like speed, range and the fuel level.