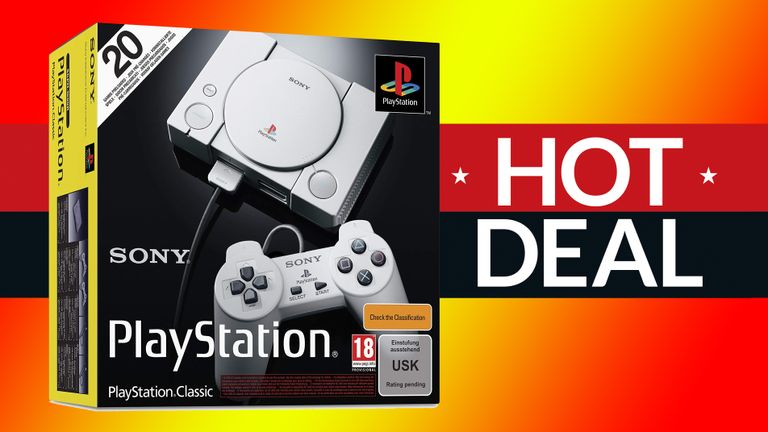 For any gamer who loves playing classic retro games then this amazing gaming deal from Amazon USA is one of the most epic of the year so far.

That's because the Amazon USA has carved down the PlayStation Classic Console price by more than half, bringing its price down from $59.99 to an amazingly low $24.99. That's a straight 58% discount!

That's a PlayStation Classic Console preloaded with 20 brilliant games, as well as two controllers for significantly less than the cost of one single new release, and a remarkable two-thirds cheaper than when the system originally went on sale.

It truly is a great gaming deal that will deliver hours upon hours of gaming pleasure. You can check out its full details below:

PlayStation Classic Console | 20 games preloaded | $24.99 at Amazon USA
Holy moly! Now this is a great gaming deal. Amazon USA has slashed the price of the PlayStation Classic Console by over half-price, with the machine brought down from $59.99 to a very wallet $24.99. The PlayStation Classic comes with 20 awesome original PlayStation games preloaded, including favourites like Final Fantasy VII, Metal Gear Solid and Ridge Racer Type 4, as well as two controllers in the box, making multiplayer action easy with friends. As ever with Argos, though, units at this price are limited, so we advise you to move fast if you want the console at this price point.View Deal

For us here at T3, it is the PlayStation Classic Console's incredibly diverse selection of preloaded games that really gives this system an edge, with everything from Mr Driller and Destruction Derby, through Resident Evil Director's Cut and Tekken 3, and onto Wild Arms and Grand Theft Auto playable.

The fact that the console can be easily powered by USB cable and comes with a HDMI lead for connectivity also makes it super easy to transport and plug in to basically any modern monitor or TV. Basically, it's a great addition to a PlayStation gamer's armoury of hardware, and at the price it's at right now we think it is pretty much an insta-buy.