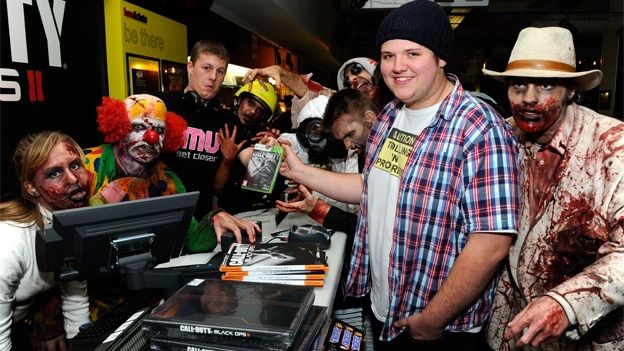 It wasn't so long ago we thought GAME was going to disappear from our high streets completely. Now it is lining up a shock move for the troubled HMV chain

High street video game retailer GAME has confirmed that it is interested in acquiring the HMV stores in towns where it doesn't already have an outlet.

The company, which itself went into administration last year, but has since recovered quite well, is one of 50 potential suitors who have approached administrators Deloitte since the 92-year-old HMV chain collapsed earlier this week.

GAME's CEO Martyn Gibbs confirmed to the FT that it was among the interested parties but did not say exactly how many stores it would be hoping to take on.

He said: “We will constantly review our property portfolio based on what is available. I would not rule out any stores becoming available, be that through an administration or normal property deals.

Although Gibbs was unprepared to say exactly how many of HMV's 239 UK stores GAME has its eye on, an FT source believes it would be looking to pick up around 45-50 of the locations.

GAME has rebounded from its own troubles last year, which saw the closure of its sister Gamestation chain, and Gibbs says it is on track to meet is current earnings targets.