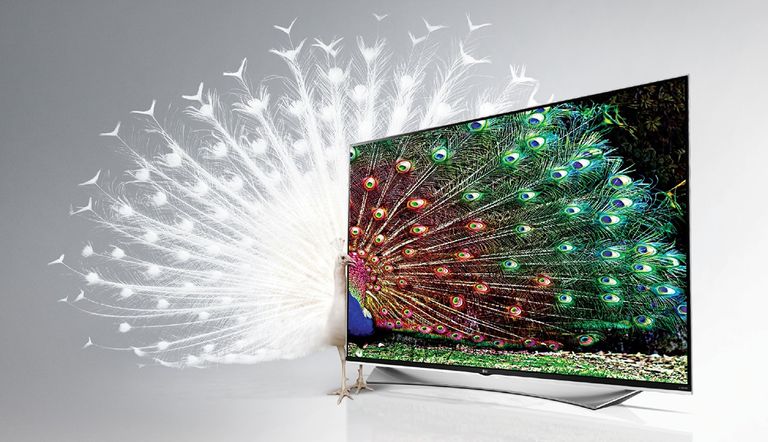 I want to upgrade to a 4K TV, but which smart operating system will give me access to all the streaming and catch-up options?

Ah, this is an age-old problem. Well, for as long as we've had smart TVs, anyway. If GaGu can get Television X and the Racing Channel, he's happy, but he appreciates that some people want every streaming and catch-up service under the sun. Unfortunately, you're never going to get all of them. Which seems crazy, but the sad fact is that not all of the manufacturers and services have good relationships with each other. For example, there are few smart TVs out there that'll give you access to All4 or the new ITV Hub catch-up services. And, while Netflix is featured on pretty much everything, the likes of Sky's NOW TV service and Amazon Instant Video are conspicuous by their absence on the woefully inadequate Google Android TV system you'll find on Philips and Sony televisions. To Gadget Guru's Babychamaddled mind, the best operating system for broad-spectrum support is LG's webOS 2.0. It's simple, clear, responsive and the only one to offer Ultra HD versions of both Netflix and Amazon Instant Video, as well as NOW TV.

I live in a modestly sized house. How big should I go with my TV?

It really all comes down to the size of the room the TV is going in, and how close to the screen you're going to be sitting. GaGu tried putting a 75-incher in his caravan, and it made his eyes burst. Ever sat in the front row at the cinema? Not a pleasant experience. A simple rule of thumb is to measure the distance, in inches, from where you sit to where your new TV is going to go, then times that number by a half. So, say you're 98 inches (2.5m) away, that would equate to a 49-inch screen size. I'd also say there's little point in picking up a 4K Ultra HD TV with a screen size of fewer than 43 inches, as you'll likely see little improvement over 1080p from the other side of the room.

What does all this nano-crystal/quantum-dot/OLED stuﬀ mean? Aren't they all the same thing?

Well, two of them are. Nano-crystal is merely Samsung's brand name for quantum-dot technology. It's essentially a filter that covers a standard LED-backlit LCD screen, providing greater levels of contrast and an improved colour palette – though it's not quite on the same level as OLED. OLED is an entirely different beast. It needs no extra filter in front, nor LED light behind. Each of its pixels generates its own light – that means a super-bright pixel can sit right next to a completely black one, creating almost unprecedented levels of contrast and stunning colours. It's pretty good, like.

What's HDR all about?

Content created specifically for HDR is able to deliver greater definition, as well as a more realistic palette of colours and delineation of shade. It also creates the possibility of having both ultra-bright and super-dark areas of a scene rendered together without losing depth or clarity. Current video technology struggles with all of this. HDR can create far more realistic, impactful video than ever before. It's certainly a bigger leap forward for image fidelity than the move from 1080p to 4K – so much so that, next year, Netflix will be prioritising HDR over 4K where bandwidth is a limiting factor.

Does my next TV need to be HDR-ready?

This is a very tricky question, for the simple reason that there aren't actually many HDR-capable TVs around right now. That's partly because there isn't much HDR content, with only Amazon Instant Video – with Netflix following in 2016 – delivering a limited range of HDR goodies, and no final standards for everyone to follow. Only the top-end TVs from Sony, Panasonic, Samsung and LG are capable of supporting HDR content, but if you're in the market for a premium TV, it's definitely something you should make sure is in the feature set. On lower-end models, though, you simply won't find it supported... yet.

Now why not check out: What's the best TV?