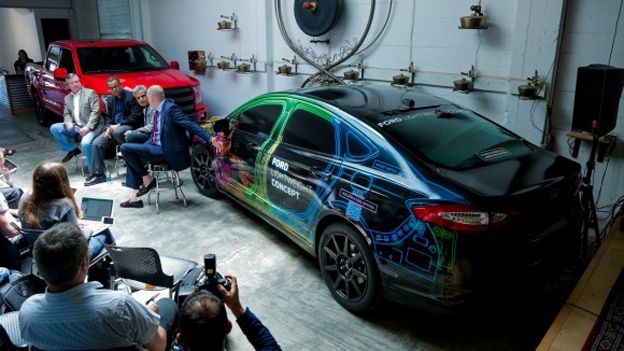 Ford has taken the wraps off its latest innovation to help people save money on fuel – it's putting its cars on a diet.

Ford showed off a new lightweight concept Ford Fusion (Mondeo to you and me) on Tuesday afternoon.

Okay, so Ford's managed to cut a bit of weight you might think. Big deal – well, not so fast. Ford has managed to reduce the weight of the Fusion by a not-unimpressive 25 per cent.

That makes Ford's concept Fusion the same weight as a Ford Focus. The approach is part of Ford's goal to reduce the amount of fuel its cars use. The last couple of years have also seen the company introduce smaller engines that produce the same amount of power.

Speaking to our sister site TechRadar, Kumar Galhorta, vice president of engineering at Ford said that the weight reduction not only helps to reduce fuel consumption, but it also enables it to start and stop more quickly.

Ford has said that it will use the concept as a research platform for future models. That suggests it's unlikely to make it to market any time soon.