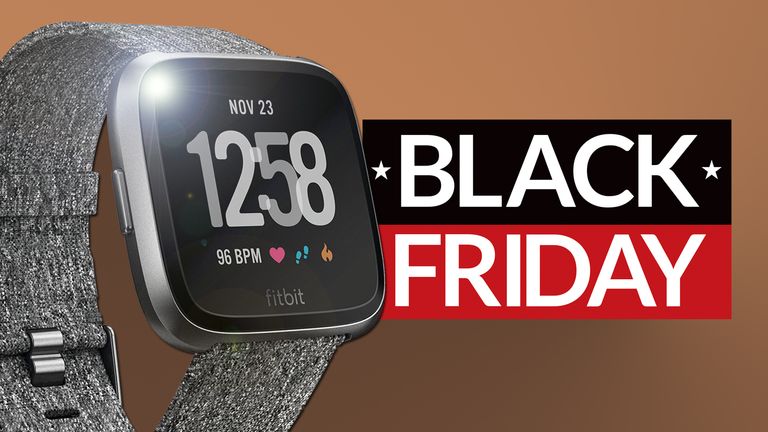 It is here, Fitbit has finally decided to push their Black Friday deals live, a week later than everybody else, but in time for actual Black Friday, hurray! The Fitbit Black Friday deals include cheap Fitbit Versa deals, even cheaper Fitbit Charge 3 deals and even the Fitbit Ace 2 has received a price cut.

Fitbit is the brand that pops in people's minds when they think about fitness trackers. Kind of like how for mums, every video games console is a Nintendo. The reason why Fitbit is such a well known brand is because they have been manufacturing fitness trackers even before fitness tracking became a thing worldwide.

With the recent acquisition by Google, Fitbit smartwatches, like the Fitbit Versa family, will surely receive some more smart functionality soon enough but in the meanwhile, let's enjoy some great discounts on the current top seller fitness trackers.

• Shop the Fitbit Black Friday sale in the USA, save up to $60 and enjoy discounts even on the Fitbit Versa 2, Fitbit Ionic and more

Fitbit Versa Lite fitness smartwatch | Black Friday price £119.99 | Was £149.99 | Save £30 (20%) on Fitbit
As much as we love the £500 Garmin Forerunner 945, the Fitbit Versa Lite is admittedly a very capable device, especially taking into consideration the price, something that has just got even cheaper. Track most of your bodily functions with ease, including your heart rate, steps taken, calories burned and even your sleep with the Versa Lite. Now £30 cheaper! View Deal

Fitbit Versa fitness smartwatch | Black Friday price £139.99 | Was £199.99 | Save £60 (30%) on Fitbit
Want more functionality than the Versa Lite and even better discounts? Come right this way, the Fitbit Versa has received a tasty price cut of £60, no less than 30% of the RRP has been wiped away this Black Friday. The full-fledged Versa is NFC payment ready, displays on-screen workouts, stores music ans it is also water resistant AND tracks swims. On top of this, it's also absolutely fabulous, too.View Deal

Fitbit Charge 3 fitness tracker | Black Friday price £99.99 | Was £129.99 | Save £30 (23%) on Fitbit
The Fitbit Charge 3 is an advanced health and fitness tracker that uses 24/7 heart rate and personalised insights so you can better understand your own body's needs. It also has an up to 7 days battery life and automatic exercise recognition as well. Now under a £100.View Deal

Fitbit Ace 2 activity tracker | Black Friday price £49.99 | Was £69.99 | Save £20 (28%) on Fitbit
One for the little ones, the Fitbit Ace 2 makes family time more fun by helping to build healthy habits with motivating challenges and sleep tracking. Set up your child's Fitbit using the Fitbit app and keep track of your activities, too. Comes in three different colourways and has an up to five days battery life. Perfect stocking filler for Christmas.View Deal