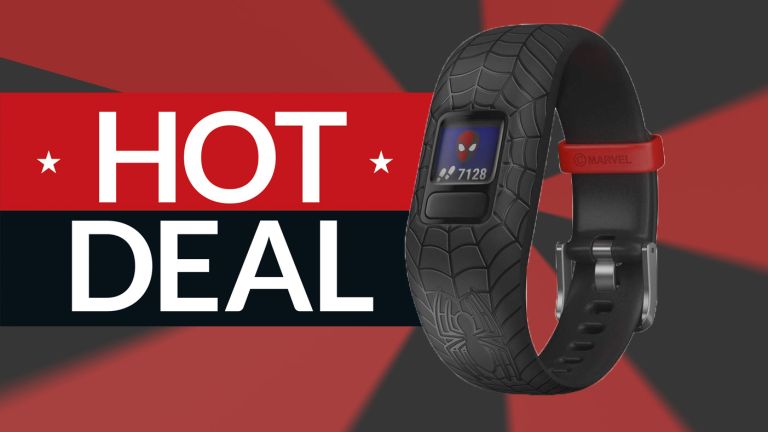 Looking for a stocking filler for kids? Look no further because this Garmin Vivofit Jr. 2 deal is all you need not only to make your beloved little rascals happy, but also to make them be more active, too. This Fitbit Ace 2 rival comes in a swim-friendly case and tracks all steps takes, calories burned and more.

Why you should buy the Garmin Vivofit Jr. 2 activity tracker for kids

Built for kids, the Vivofit Jr 2 will make children abandon their computers and make their way outside to do some running or cycling. The band itself uses a reward system but what makes the Vivofit Jr 2 stand out is the app that has loads of interactive games for kids.

Did you get the Spider-man version? Let your child run around chasing criminals. Bought the Minnie Mouse one? Immerse yourself in Mickey's birthday surprise adventure. By following the game, your child will easily achieve their 60-minute daily activity target.

The battery life is inconceivably long, you don't have to worry about needing to charge the Vivofit Jr 2 for over a year. The band is also sturdy enough to withstand the bumps your child's wrists have to endure during the day.