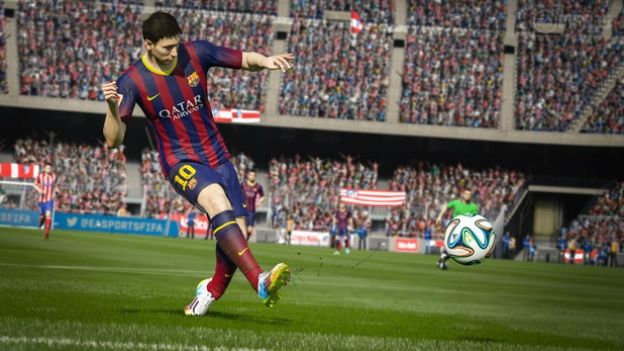 EA Sports has dropped support for PS4 Share Play on FIFA 15, making it the latest game to block the feature.

Share Play landed on PS4 consoles in late October as part of system update 2.0, enabling players to share their games with a second user online without having to actually own the game, including taking full control for an hour at a time.

Based on testing done by GameSpot, once FIFA 15 is booted up and set up with a guest user, an error message suddenly pops up reading: "Viewing the game screen that the host is currently playing is not allowed due to content restrictions in your country or region.”

This is the first EA game to wave goodbye to the feature but by no means is it the first PS4 game.

Activision has alsoblocked Share Play for Call of Duty: Advanced Warfareand Call of Duty: Ghosts. Since then other major titles like Tomb Raider, Thief and Wolfenstein: The New Order have joined the boycott.

This time it's particularly odd, as Sony had used FIFA 15 to demo Share Play ahead of its release. According to Eurogamer, the football title was among the games that worked upon the feature's release, so it would appear that EA Sports had a change of heart.

Sony will no doubt be unhappy about major titles stopping Share Play, but seeing that it could affect game sales, it's likely the list will continue to grow.

"Share Play is a system level feature enabled by System Software Update 2.0 making it available for all PS4 titles,”

“However the option is available to developers to disable the feature according to what they feel will best benefit the consumer experience.”