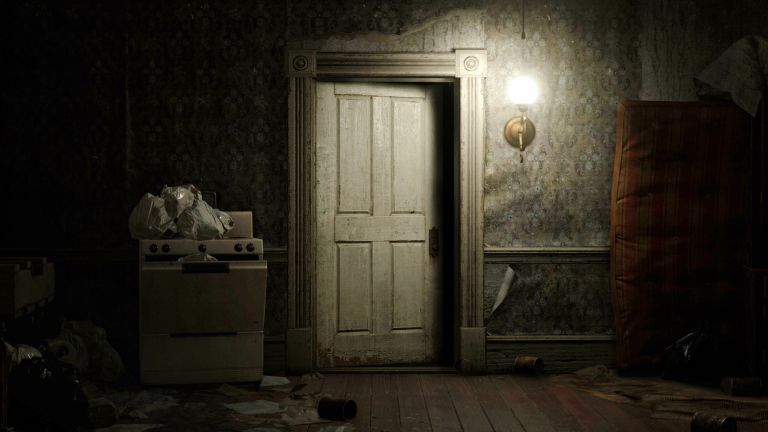 Another unexpected, and thankfully unspoiled, reveal at Sony's E3 2016 Conference, the announcement of a new main series entry in the long-running survival horror series Resident Evil (or Biohazard if you're based in Japan) has sent horror fans into near meltdown.

There's a couple of reasons for said euphoria - for a start, Resident Evil 7 seems to have moved away from the World War Z-esque super zombie bore fest that made Resident Evil 5 and 6 so dull and forgettable. Now proceedings have gone first-person with a vibe more akin to Capcom's VR demo Kitchen and the now deceased PT/Silent Hills.

In fact, the hallmarks of that particular Konami horror series (with its focus on psychological terror that traditional zombie chases) and the brief way it was recreated in Hideo Kojima's cult darling PT are all over the footage Capcom showed off on the Sony stage. Waking up a dilapidated house after received a phone call warning you to flee before you're murdered. A figure moving through the house, watching you.

It's a world away from what Resident Evil has become since the heady days of Resident Evil 4 (a game that worked so well because series creator Shinji Mikami was willing to think outside the box and do something radical), and that's exactly what the once potent franchise has been in need of. We doubt Mikami is involved since he's likely tied up with Tango working on his own project, but the shift towards a more psychological horror is the best move possible.

Oh, and that other reason why people are going loopy? It's coming to PlayStation VR when the game releases in the US and Europe on 24 January 2017. The game will playable on a regular TV when it arrives on PS4 and PC, but the PS4 version will also offer a rad VR mode that will likely scare you half to death.

Better yet, the first hour of the game is now available to download on PS4 and PC right now. So go scare yourself good and proper while we wait for January to roll around.

Why not check out: E3 2016: All the Microsoft hardware and software reveals from this year's Xbox show