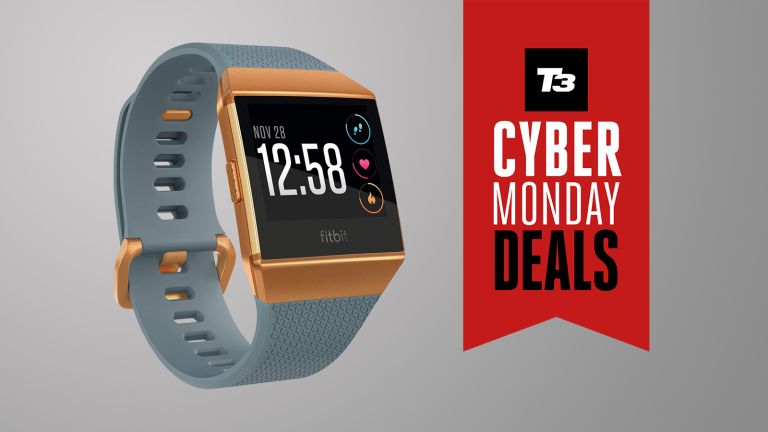 Black Friday came and gone, and to be fair, we have seen some good discounts over the weekend period, and especially the week leading up to Black Friday. In case you missed all the good Fitbit deals last weekend, don't worry, as part of the best Amazon Cyber Monday deal extravaganza, three model have seen a big price cut and you can get them for cheaper now.

• Shop the discounted Fitbit range, including the Fitbit Ionic, Fitbit Inspire HR and the Fitbit Ace 2 on Amazon, Cyber Monday prices from £45.99, you save up to £70 (28%)

The Fitbits on offer here represent a good selection of what Fitbit has to offer to people: the Fitbit Ionic is the best choice for sports and someone with a sporty attitude, the Fitbit Inspire HR is great for everyday fitness tracking and the Fitbit Ace 2 should be the go-to model your teenage-child (for even smaller children, we recommend the Garmin vivofit jr 2).

Fitbit Ionic fitness smartwatch | Cyber Monday price £179.99 | Was £249.99 | Save £70 (28%) on Amazon
Store and play over 300 songs and go smartphone-free with the Fitbit Ionic. The Ionic uses a combined GPS/GLONASS tracker for accurate position tracking outdoors. Battery life is over four days, considering average use with moderate GPS tracking. The Ionic is also compatible with the Fitbit Wallet feature.View Deal

Fitbit Inspire HR fitness tracker | Cyber Monday price £60.99 | Was £89.99 | Save £29 (32%) on Amazon
The Fitbit Inspire HR does it all what you'd expect from a decent fitness tracker: all-day activity tracking, sleep monitoring, automatic exercise recognition, steps taken/calories burned and even reminders to me. All data fed into the Fitbit app where you can further scrutinise your bio-metric information on handy charts. Up to five days battery life as well!View Deal

Fitbit Ace 2 activity tracker | Cyber Monday price £45.99 | Was £69.99 | Save £24 (34%) on Amazon
One for the little ones, the Fitbit Ace 2 makes family time more fun by helping to build healthy habits with motivating challenges and sleep tracking. Set up your child's Fitbit using the Fitbit app and keep track of your activities, too. Comes in three different colourways and has an up to five days battery life. Perfect stocking filler for Christmas.View Deal