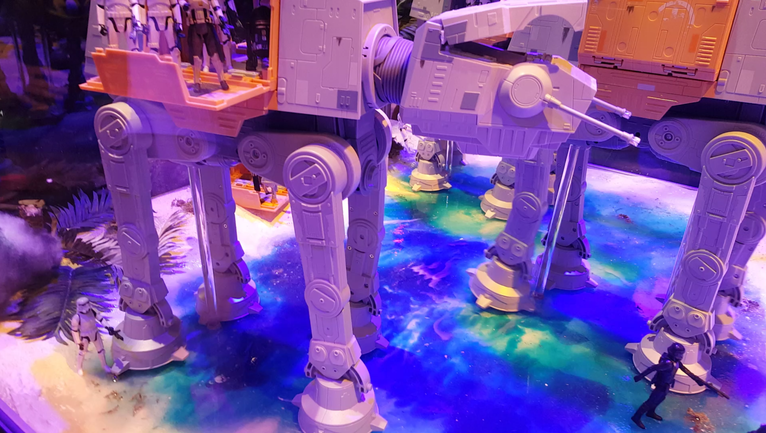 Let's be honest, being the bad guys is always more fun - especially so when said big bads happen to be Star Wars' very own Galactic Empire. And while even the most ambitious of would-be emperors are still waiting on modern technology to produce them a working Death Star, Hasbro has come up with the next best thing: an AT-ACT you can control remotely with your phone.

Okay, so it's not a full-sized one, but a 3.75-inch replica unveiled at this year's San Diego Comic Con (SDCC). Created by Hasbro, the toy firm that's enjoyed a long and fruitful partnership with the Star Wars brand, this AT-ACT (an earlier form of the AT-AT featured in upcoming Star Wars spin-off Star Wars: Rogue One in December) can be controlled directly from your smartphone with a series of simple taps and swipes.

That remote functionality also extends a set of four foam darts you can fire out to reign imaginary destruction on your foes. There's a cargo hold in the middle of the toy that can be detatched, which in turn can be used to anchor a zip line all the way from the walker to the ground, perfect for a cool action figure entrance.

Talking of action figures, the Hascro AT-ACT also comes with three of them - including new Rebel goodie Jyn Erso, an Imperial driver, and an Imperial Astromech. Hascro has confirmed that this awesome set will be available for purchase from 30 September,

Why not check out: Titanfall dev Respawn is working on a new Star Wars game